A stonemasonry student from Bath College is taking on their toughest skills challenge to date, when they compete to try and win a place to represent the UK at WorldSkills Kazan 2019 this summer. 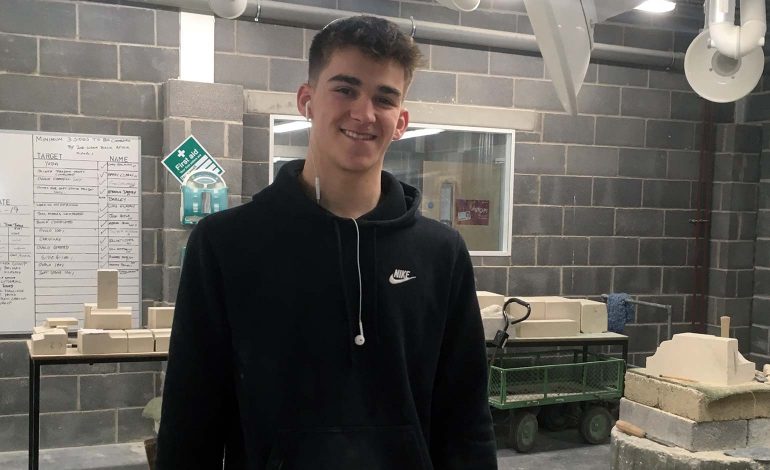 Known as the ‘Skills Olympics’, the WorldSkills competition sees the world’s best apprentices and students battle it out to win Gold, Silver and Bronze in their chosen skill.

The UK is currently tenth in the WorldSkills rankings, following its medal success at the last WorldSkills Competition in Abu Dhabi in 2017.

Ethan Conlon, who studies at Bath College and is also an apprentice with APS Stonemasonry in Oxford, was invited to compete for a place in Team UK for WorldSkills Kazan 2019 after excelling in the WorldSkills UK National Competitions. He will compete from 4th – 7th March at York College.

Joe Leber, Stonemasonry Lecturer at Bath College said: “We are delighted that Ethan has reached the final three for selection to compete at world skills in Kazan  2019, we are very proud of  him and wish him the very best of luck in the final selection stage next week!”

WorldSkills UK is responsible for selecting, developing and training the team for the WorldSkills Competition.

Dr Neil Bentley-Gockmann OBE, Chief Executive of WorldSkills UK said: “I wish Ethan the very best of luck as he competes for a place in the team to represent the UK at WorldSkills Kazan 2019.

“By entering the WorldSkills Competition, we can transfer the insights gained from competing against other countries into the wider economy, driving up training standards in the UK to world-class levels, boosting productivity.”

Team UK for WorldSkills Kazan 2019 will be announced on 11th March.