1,600 people had the chance to network with potential employers at the Bath College Apprenticeships and Jobs Fair last Wednesday, 27th March, at the Assembly Rooms in Bath. 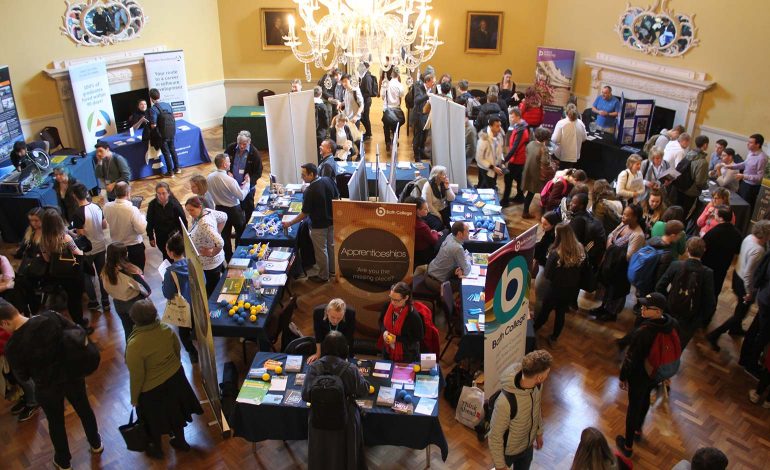 There were over 90 stands of prospective employers at the fair, which was attended by schools, college students, young people, parents and members of the public.

The Mayor and Mayoress of Bath attended the event, and spoke to College staff, local businesses and current apprentices about opportunities.

Mayor Cllr Patrick Anketell-Jones, commented that the fair was “informative, friendly and encouraging” after discussing the differences between levels of apprenticeships, going all the way up to post-graduate at Level 7.

Bath Building Society, B&NES, Creative Bath, Barratt Homes and Curo all sponsored the event and had stands in the Octagon room.

Deeley Group commented: “We’ve been blown away by the interest today from Bath College students who are polite and courteous! We have a Mixed-Use Development in Bath starting on site later this year and we would also like the local supply chain to get in touch.” 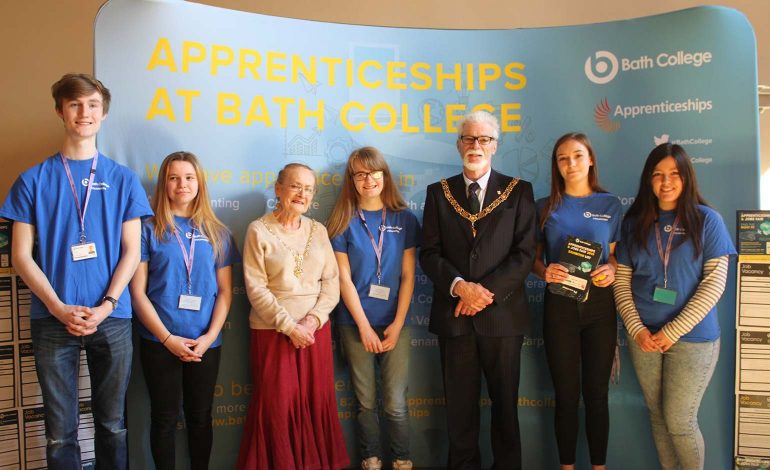 B&NES Council said: “Yesterday we were at the Bath College Apprenticeship & Jobs fair, we even had some of our own Apprentices helping on our stand – it was a fun day, we had good chats with a lot of people.”

Nick, from a Bath-based company that exhibited at the event, took on an apprentice following last year’s Apprenticeships and Jobs Fair.

He said: “Pivoting our recruitment strategy to Apprenticeships has been a revolutionary shift for our company.

“There is quite simply no way that we would have grown to the stage that we are without the support of the National Apprenticeship Service, and our Apprenticeship provider.

“I could not recommend apprenticeships highly enough as a strategy for recruitment, training and growth.”

His apprentice, Oliver, commented: “Having an apprenticeship has allowed me to not only work within my field of interest, but to earn money and develop my professional skills with a well reputed company.

“I would highly recommend considering an apprenticeship to anyone looking for post GCSE or A level prospects.”