Avon and Somerset Police have spoken to the driver of a car that was photographed with a child restrained in a pushchair placed in the boot of the vehicle in central Bath. 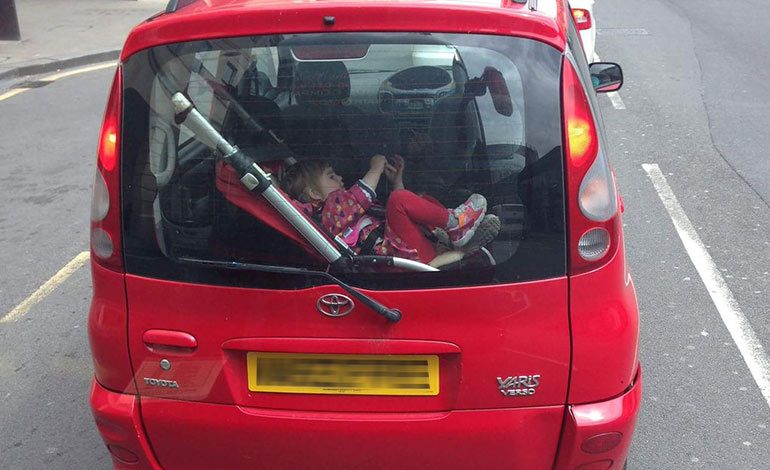 The photo was shared on Facebook by Gareth Giles

The vehicle was photographed as it travelled along Dorchester Street near the Southgate shopping centre.

Officers confirmed to the Bath Echo this afternoon that they had traced the driver of the red Toyota Yaris Verso and had given her words of advice over her actions.

Police say that although the pushchair was strapped into the boot of the car, this was an inappropriate use of the equipment.

In a statement, Avon and Somerset Police said: “Clearly we would advise all motorists to drive in accordance with the law especially when young children are in the vehicle.”

The photo was shared a large number of times on Facebook and Twitter yesterday evening and throughout today.