Avon and Somerset Police has released a CCTV image of a man they would like to speak to in connection with an ongoing fraud investigation. 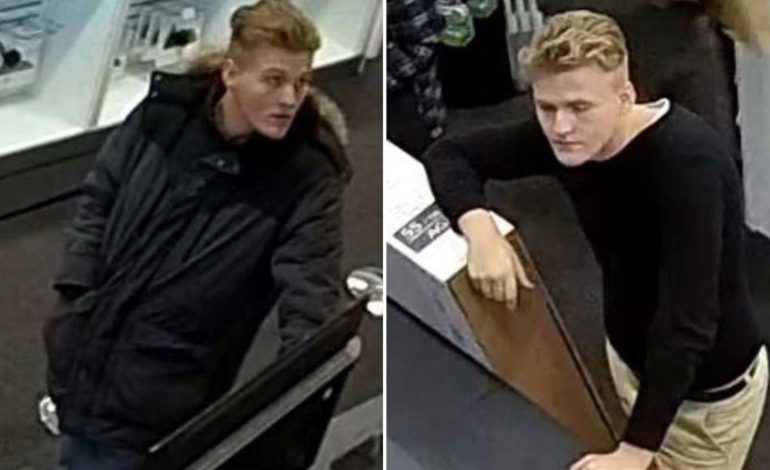 Officers have received several reports of electrical retailers being targeted across the force area from 3rd to 9th January.

Similar reports have been made in neighbouring force areas.

The man police wish to speak to is described as white, approximately 6ft 1-2ins, mid-20s, with blonde hair that is shaved at the sides.