Avon and Somerset Police is playing a “supporting role in a public health crisis” now the lockdown has been relaxed. 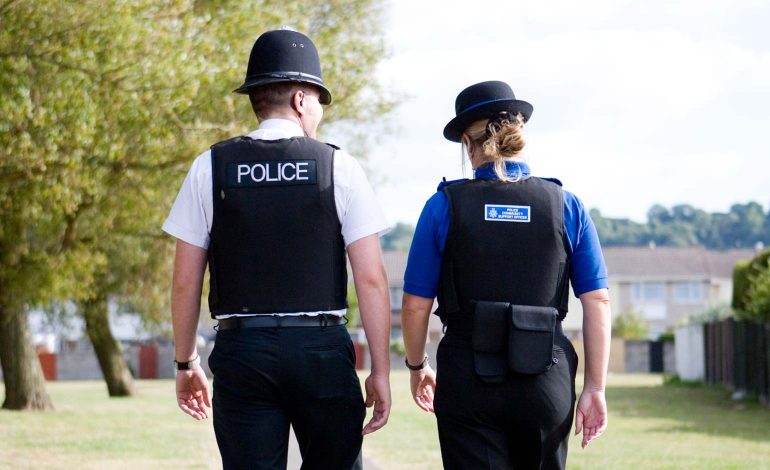 Following the “baby steps” set out by Prime Minister Boris Johnson, chief constable Andy Marsh said there are now many more reasons why people can be outside, so there is greater need for everyone to act responsibly.

Setting out the more limited role of the police in England, he said officers do not have powers to make people wear masks or to stop them using public transport.

Residents can now drive as far as they like but he urged them not to converge on beauty spots as social distancing would be difficult.

Speaking during a Facebook Live video with police and crime commissioner Sue Mountstevens on May 13, Mr Marsh said: “The role of the police has diminished. I spent the night absorbing the 50-page document on the plan to rebuild – there’s only 59 words about enforcement.

“We’re playing a supporting role in a public health crisis.

“The Plan to Rebuild contains a lot of guidance about how people should behave. We should do everything we possibly can to encourage the public to comply.”

Avon and Somerset has a population of nearly 1.7million people but to date police have only issued 322 tickets for lockdown breaches, where the individuals refused to follow the guidance.

Mr Marsh said: “I said at the outset we wouldn’t police or enforce our way through this.

“The police have clearly got a role to play.”

The relaxed rules announced by Mr Johnson on Sunday mean people can exercise for as long as they want, spend time outdoors or meet up with one person from another household. They must remain two metres apart.

Mr Marsh said: “Where we see big groups of people together and interacting who are evidently not from the same household, that’s the type of circumstance where police will be more drawn into than simply asking why are people away from their homes.

“A large gathering would be a breach. People are allowed to be out of their homes for a very good number of reasons.”

He added: “Much of the guidance doesn’t amount to a breach.

“If people are on public transport or where it’s difficult or impossible to maintain a social distance, the guidance is people should consider wearing a mask. Not wearing a mask is not something the police can take any enforcement over.

“Likewise, people are advised not to use public transport unless absolutely necessary, but that’s not a police issue.

“To be very clear – and it’s important to manage expectations – each and every one of us has a responsibility to do their best to comply so we can move to the next stage of this.

“The police have a very limited role and limited powers of enforcement that we will use as a last resort.

“I would implore people to manage themselves responsibly.”

As of last week more than 18,000 suspected lockdown breaches had been reported to Avon and Somerset Police.

Mr Marsh expects that the number of new reports to fall now the lockdown has been eased: “There are many more reasons people should be about. A reason for calling the police is not that you see a group of cyclists come past your house, or there’s people walking down a footpath.

“We only have an enforcement role where people are gathering in large groups between households.

“There’s no limitation of how far you can drive.

“We would ask everyone to think responsibly about how far they drive and where they are going.

“If everybody goes to the same beauty spot it probably will be difficult for services to be maintained in a way that allows people to comply with the guidance on social distancing.”

Ms Mountstevens said: “We’re going to have to live with certain restrictions for many months to come, because the virus hasn’t gone away.”