Avon and Somerset Police has launched an appeal for help from the public after three bikes, together worth around £15,000, were taken from a property in Bath. 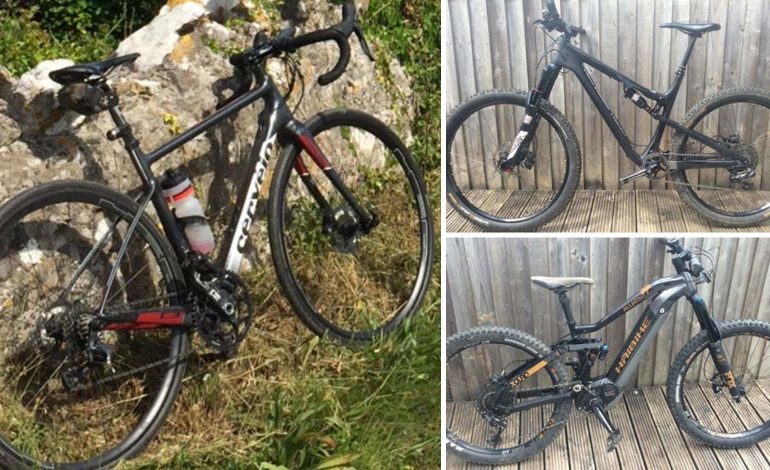 The bikes were taken overnight from a garden building in the Fairfield Park area of Bath.

They were taken overnight between Saturday 3rd August and Sunday 4th August.

Officers are appealing to anyone offered any of the bikes to contact them.

Police would also like members of local cycling clubs, cycle dealers and second-hand shops to remain vigilant and report to them if they are approached to buy the bikes.

Anyone able to help with information is asked to contact Avon and Somerset Police on 101, quoting reference 5219178466

Police are taking the opportunity to advise people with bikes to ensure that they are security marked and stored in a secure location.