A 33-year-old man has been jailed for 21 years for the murder of a man in Radstock last year, following a trial at Bristol Crown Court that lasted just under two weeks. 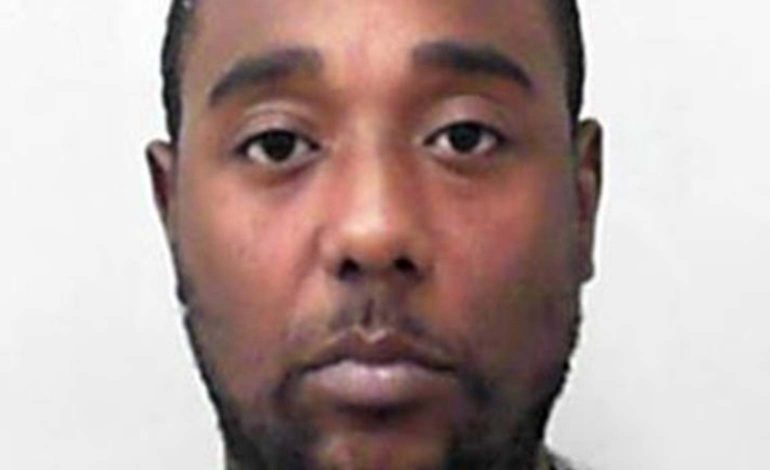 Meshach Caven-Thompson, aged 33, was found guilty and handed the sentence at court yesterday, 13th May.

Caven-Thompson was arrested in London on 17th June 2018, following the death of Phillip Jones at a property in Huish Court in Radstock the day before, Saturday 16th June. Phillip suffered fatal stab wounds.

Avon and Somerset Police were first alerted to the incident by a 999 call from Caven-Thompson himself, at around 2.30am on 16th June.

However, officers recovered a dark T-shirt belonging to Caven-Thompson that he was pictured wearing on the day of the incident, which was found to contain traces of the victim’s blood.

Caven-Thompson was captured on CCTV footage getting petrol at Sainsbury’s service station in Frome on the night the attack on Phillip took place, Friday 15th June.

Following his 999 call about the incident, he was tracked to London and pictured on CCTV the following morning, Saturday 16th June, on Brixton Road, in Brixton, withdrawing money from a cashpoint.

The court heard that prosecutors believe Caven-Thompson had disposed of this tracksuit at some point between his journey from Radstock to London, in order to hide forensic evidence connecting him to the crime, but had failed to spot the blood stain on his dark T-Shirt.

DCI James Riccio, Senior Investigating Officer, said: “This was a long and complex investigation in which the defendant tried several times to create red herrings to prevent suspicion from falling on him, including making the 999 call.

“We are pleased that justice has been served for the family of Phillip Jones. The court proceedings were challenging. However, Philip Jones’ family conducted themselves with the highest level of composure, dignity and calmness throughout.

“This was a violent attack in a small community and the impact was felt by people throughout the area.

“As an organisation we will continue to tackle violent crime involving knives and work with our partners to educate around the consequences of knife crime.”