Avon and Somerset Police have launched an investigation, and arrested a man, following a robbery at the Ladbrokes shop on Moorland Road in Bath this afternoon. 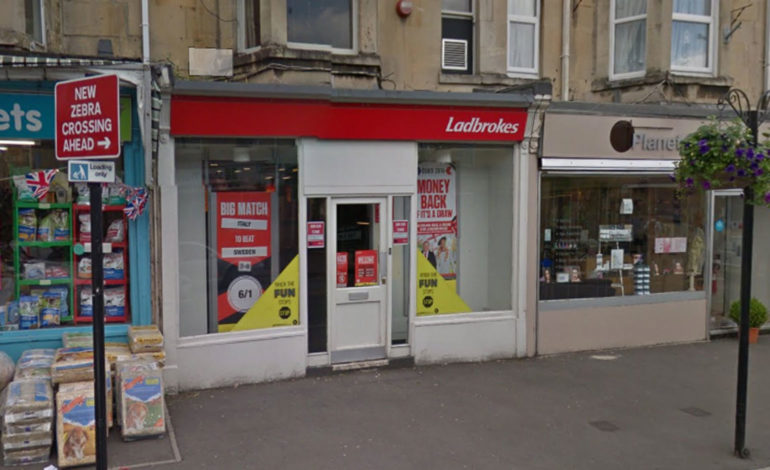 Police were called to reports of the robbery at 3.05pm this afternoon, Tuesday 20th March.

It is unknown if anyone was injured, though a witness said a member of staff was punched during the incident.

Money is believed to have been taken, but the amount has not yet been released.

A member of the public, who was in Moorland Road at the time, told us: “People watched him leave and run off down the road so I thought nothing of his strange behaviour.

“An old guy on the shop even joked that he broke the door on his way out, which is why I sort of convinced myself it was a disgruntled customer not a robber.”

A spokesperson for Avon and Somerset Police confirmed to the Echo that officers were called at 3.05pm, a man was then arrested and that he remains in custody at this time on suspicion of robbery.