A 36-year-old man has been arrested following a planned operation involving armed police at a property in Bath yesterday evening, Friday 26th April. 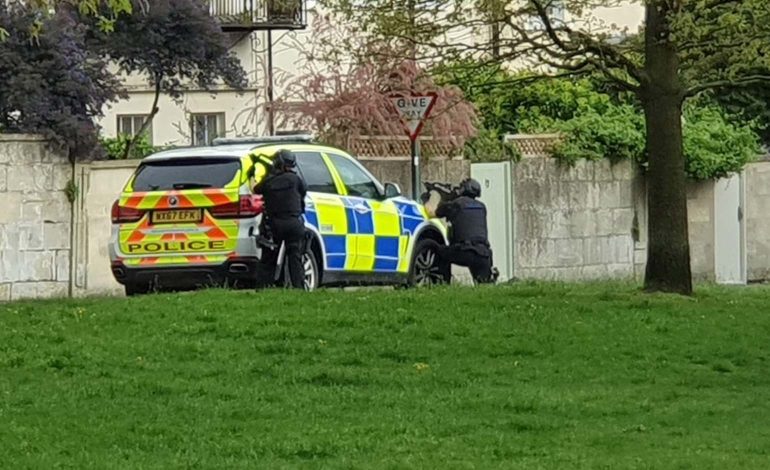 Members of the public in the Julian Road area were stopped by police officers as armed units got into position around a house on Catherine Place in Bath.

Armed officers were photographed with their weapons pointing at the back of the property.

Those at the scene reported seeing plain clothes officers, a dog unit and police armed with ‘assault rifles’ and armoured shields. 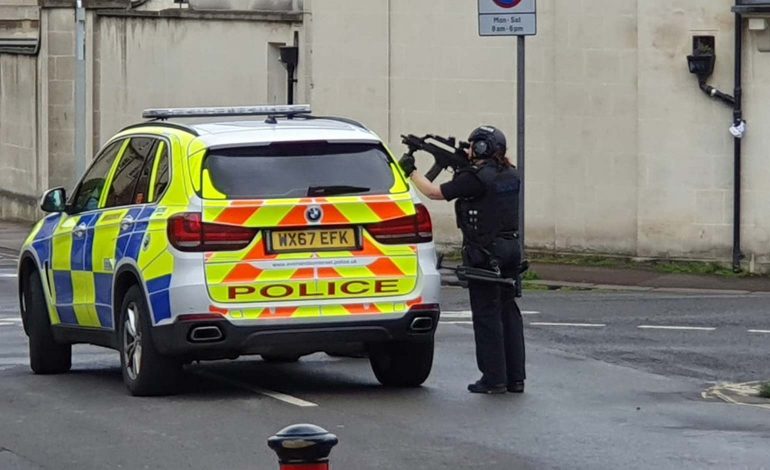 Avon and Somerset Police confirmed that the person they were attempting to arrest was not at the property, and witnesses said the units left the scene after around fifteen minutes.

At 9.50pm, police tweeted to confirm that a 36-year-old man had been arrested on suspicion of possessing a firearm to cause fear.

The arrest came after the earlier pre-planned operation in Catherine Place.

A 36y/o man has been arrested on suspicion of possessing a firearm to cause fear. The arrest came after a pre-planned operation in #Bath city centre earlier involving firearms officers.

We know the police activity may have caused concern but there is no risk to the wider public. pic.twitter.com/Wdayi7AINP

In a statement, the force said: “We know the police activity may have caused concern but there is no risk to the wider public.”