A joint investigation between SouthGate Bath and Avon and Somerset Police has been launched following the discovery of a suspected card skimming device on a parking machine at the popular shopping centre. 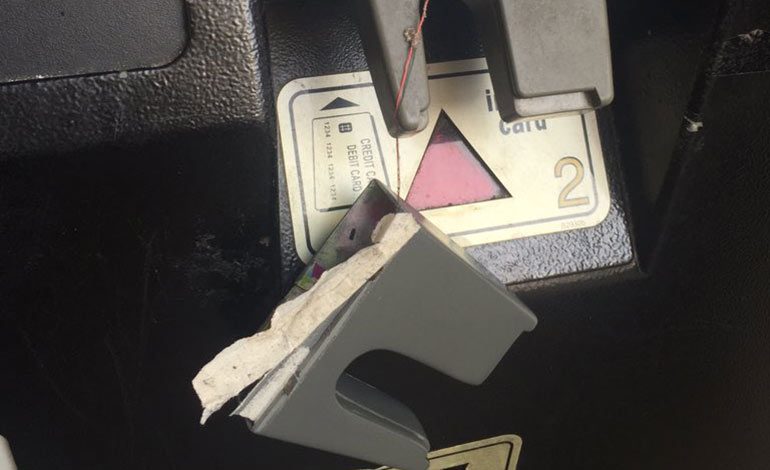 Sian Huxtible discovered the device on the parking payment machine near the Topshop store on Friday 19th August after she’d paid.

In a post on their Twitter page, SouthGate confirmed they are working with the police following the ‘reported issue’ with two of their parking payment machines.

The centre has advised anyone concerned to contact their bank.

The SouthGate team were advised back in early June by local resident Jamie Pollard that a payment machine near the Topshop store ‘look hacked’ with a ‘fake keypad on top of real one’.

Following the report, the SouthGate security team checked the ATMs and parking machines and said they were confident they were ‘all operating to their usual secure standards’.