The identities of two men are being sought by British Transport Police following an assault on a train travelling between Trowbridge and Bath Spa station on Saturday 9th February. 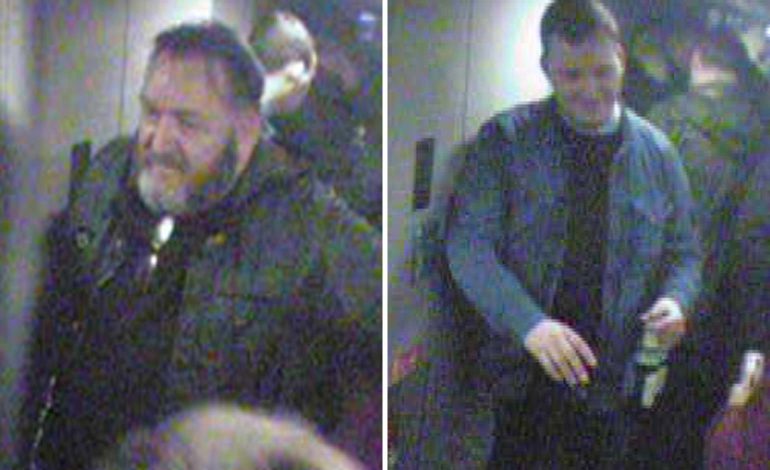 At approximately 7.45pm, a man was travelling with his teenage son when he asked a group of men, believed to be Cardiff City football fans, to stop shouting and swearing.

The victim was then assaulted by members of the group, by being grabbed around the face and dragged to the floor.

The assault happened in front of the victim’s teenage son, but thankfully neither received any injuries.

Officers believe the two men shown in the CCTV images may have information which could help the investigation.