Permanent restrictions on accessing York Street in Bath are to come into force this Thursday, 4th August, as part of measures to “improve” security and safety in the city centre. 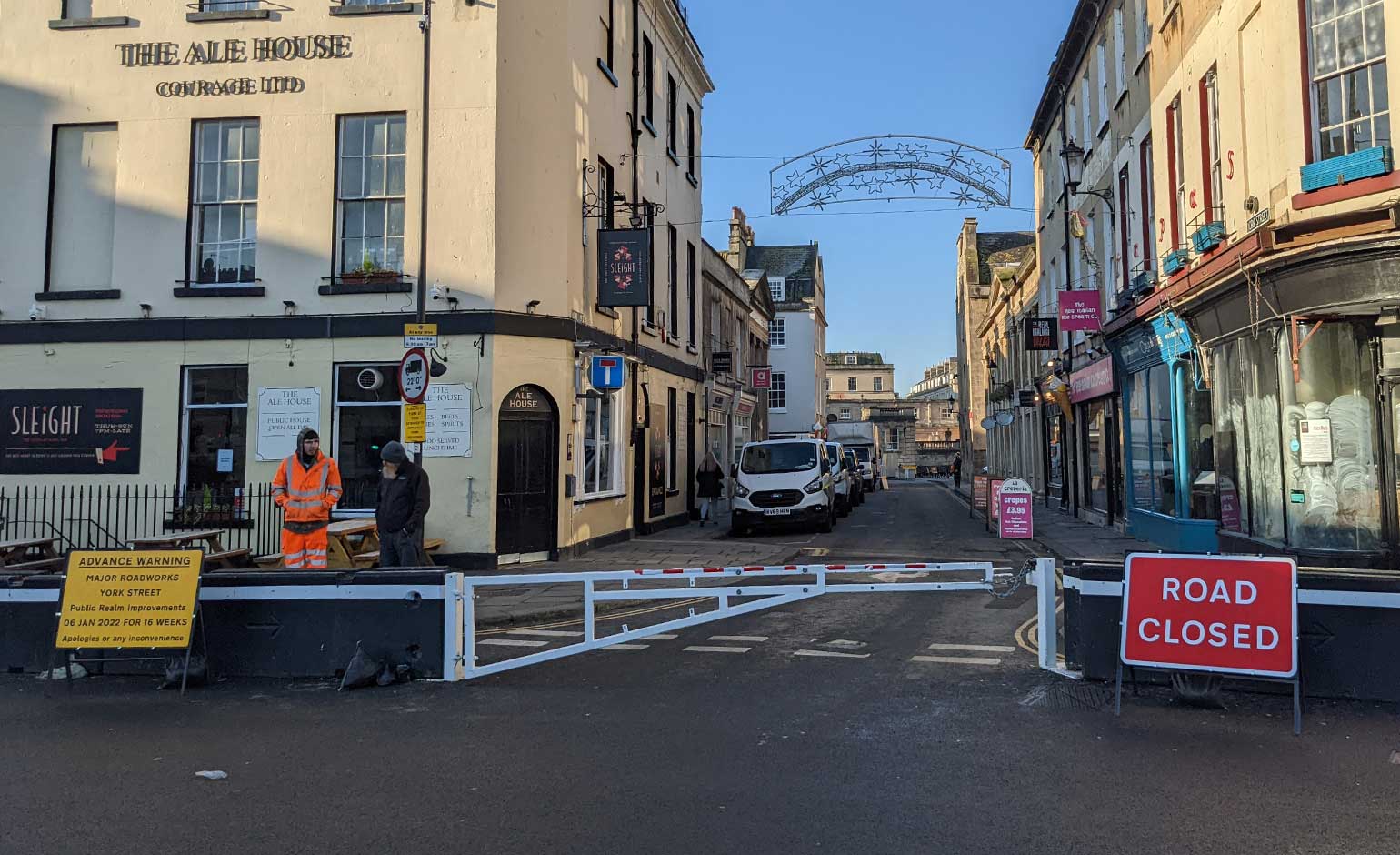 The road will be closed between 10am and 10pm each day, until 6pm to reduce the risk of terrorism and 10pm to prevent danger to pedestrians or other traffic using the road, or damage to the road.

The closures come under Traffic Regulation Orders, which are the final part of the process to close the road following a public enquiry in April and approval of the scheme from the Secretary of State for Transport.

A public inquiry was heard after one person upheld their right to object to the closure of York Street, however the inspector appointed to conduct the inquiry said he found a “clear and compelling” case for the making of the traffic order and he complimented Bath & North East Somerset Council on the way the consultation had been conducted.

Hannah Downey, who objected, said the proposals would make the “lives of residents, trades, deliveries and businesses a misery”.

The inspector, appointed by the Transport Secretary, considered it to be a “proportionate response” after hearing statements from the police and counter-terrorism advisors confirming that the restriction was requested by the police and was necessary, and while for less time than they would like, was still proportionate.

Bath & North East Somerset Council previously said that due to the risk of harm and the increased footfall from the Clore Learning Centre, it would not be possible to allow blue badge holders or residents to park along York Street.

The local authority says it will now write to residents and businesses to explain the process of closing the road permanently and alternative access arrangements.

Security measures, commonly referred to as a “ring of steel”, are being installed across the city centre to help reduce the risk of terrorism.

Initial fibre ducting work, as part of the scheme to install the restrictions, started in June with works now complete ahead of schedule in Burton Street and Terrace Walk.

The contractor carrying out the work has now moved to Lower Borough Walls and Hot Bath Street to complete the final stage of ducting works, these are expected to be complete by mid-September.

The first stage of installing the permanent measures is the advance works required for ducting and the movement of utilities prior to the installation of the hostile vehicle mitigation sliding and static bollards.

Utility works are expected to start in the autumn and Temporary Traffic Regulation Orders (TTROs) will be used to enable road closures in York Street to cover the contractors between 8am and 5pm. The road closures will only be in place during the works and when signs and marshals are in position.

Councillor Manda Rigby, cabinet member for Transport, said: “Because a public inquiry was held we had to wait for Secretary of State for Transport to approve the traffic orders.

“I am pleased this part of the process has been completed and now work can start on York Street as part of the city centre security programme.

“We will do all we can to minimise disruption as we carry out this complex work which is going to take many months and we will keep residents, businesses and any other directly affected users informed about this.”

The council says it has carried out investigative works but until contractors get on site, the construction timeline is estimated and completion dates can’t be guaranteed.

In February 2020, the Chief Constable of Avon & Somerset Police asked Bath & North East Somerset Council to consider an ATTRO covering the wider city centre of Bath which would be used in the event of a heightened threat, specific intelligence, as a result of an incident or if there are events taking place that create crowded places.

Following consultation with Counter Terrorism security advisors and the council, which centred around the crowded places indicated within the National Counter Terrorism Security Office report, it was considered proportionate to introduce permanent restrictions covering a smaller area in the city centre, resulting in the current measures, which the Chief Constable supported.