The Emerald Isle will be the venue for a major cycling event this weekend, organised by University of Bath employee Sophie Oldacres, all in aid of the Brain Tumour Research charity. 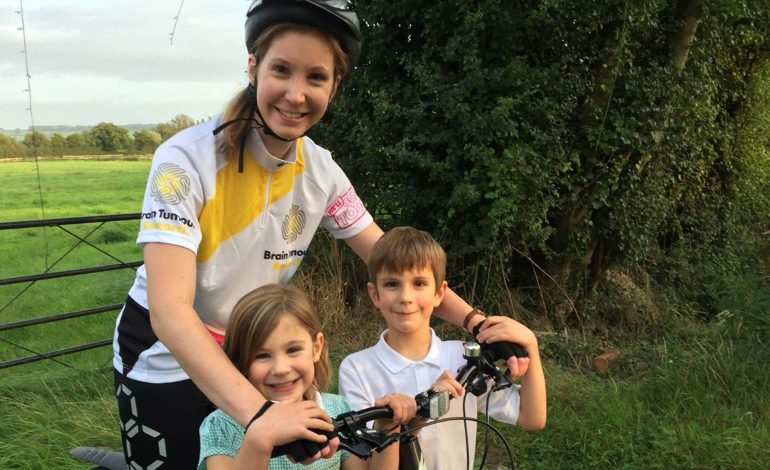 The Ride4Simon event, in memory of Sophie’s late husband Simon who died of brain cancer in December 2016 aged just 37, will take in nearly 250 kilometres of County Cork countryside over two days in early August.

With an Irish mother from Skibbereen, Simon grew up in the UK but spent many happy holidays in and around Cork in his formative years.

Ride4Simon Ireland has been planned to take in many of those places, starting at Union Hall on Saturday 4th August before finishing at Dripsey Cross on Sunday 5th August.

The eight-strong peloton of Simon’s family and friends hope to emulate the success of Ride4Simon UK event, which was held last September. This event raised over £16,000 for the Brain Tumour Research charity.

In 2013, Simon was diagnosed with a glioblastoma – an aggressive and incurable type of brain tumour.

He died, aged 37, in December 2016 leaving behind Sophie and their two young children, Joseph and Esther.

Sophie, who lives in Chippenham and is Head of Postgraduate Student Marketing at the University, explained: “Simon was a keen cyclist, and post-diagnosis in 2013, a good cycle was his equivalent to counselling.

“He rode a significant distance to many of his hospital appointments, which was always recorded in the oncologist’s notes because it was so unusual.

“Through high profile examples this year, brain tumours have been in the news, but still not enough is being done through research to make a breakthrough for others facing similar diagnoses to Simon.

“As friends and family of Simon we know how shattering a brain tumour diagnosis is. We really hope this ride can help to make a difference so that one day there might be real hope for others in our position.”

“Building on what we achieved last September with the first Ride4Simon, this year we wanted to head to County Cork, a place that was so special to Simon throughout his life and a fitting venue for this challenge.”

A leading national charity in the UK, Brain Tumour Research has identified that brain tumours are indiscriminate; they can affect anyone at any age.

What’s more, they kill more children and adults under the age of 40 than any other cancer, yet just 1% of the national spend on cancer research has been allocated to the devastating disease.

Tim Green, Community Fundraising Manager for the Brain Tumour Research charity said: “We are really grateful to Sophie and the Ride4Simon team for their support and awareness raising and wish them the best of luck in completing their challenge.

“The money raised will help us in our mission to build a network of experts in sustainable research. We are funding dedicated UK Centres of Excellence where scientists are focused on improving outcomes for patients and, ultimately, finding a cure.

“For too long, brain tumours have been a neglected cancer and we cannot allow this desperate situation to continue. Sadly, less than 20% of those diagnosed with a brain tumour survive beyond five years compared with an average of 50% across all cancers.”

To find out more about Sophie’s challenge, get behind her efforts and help power the team around County Cork, visit: https://www.justgiving.com/fundraising/Ride4Simon2018.