Nine “totally unacceptable” homes will be built near Bath City Farm after planning chiefs ran out of reasons to refuse them. 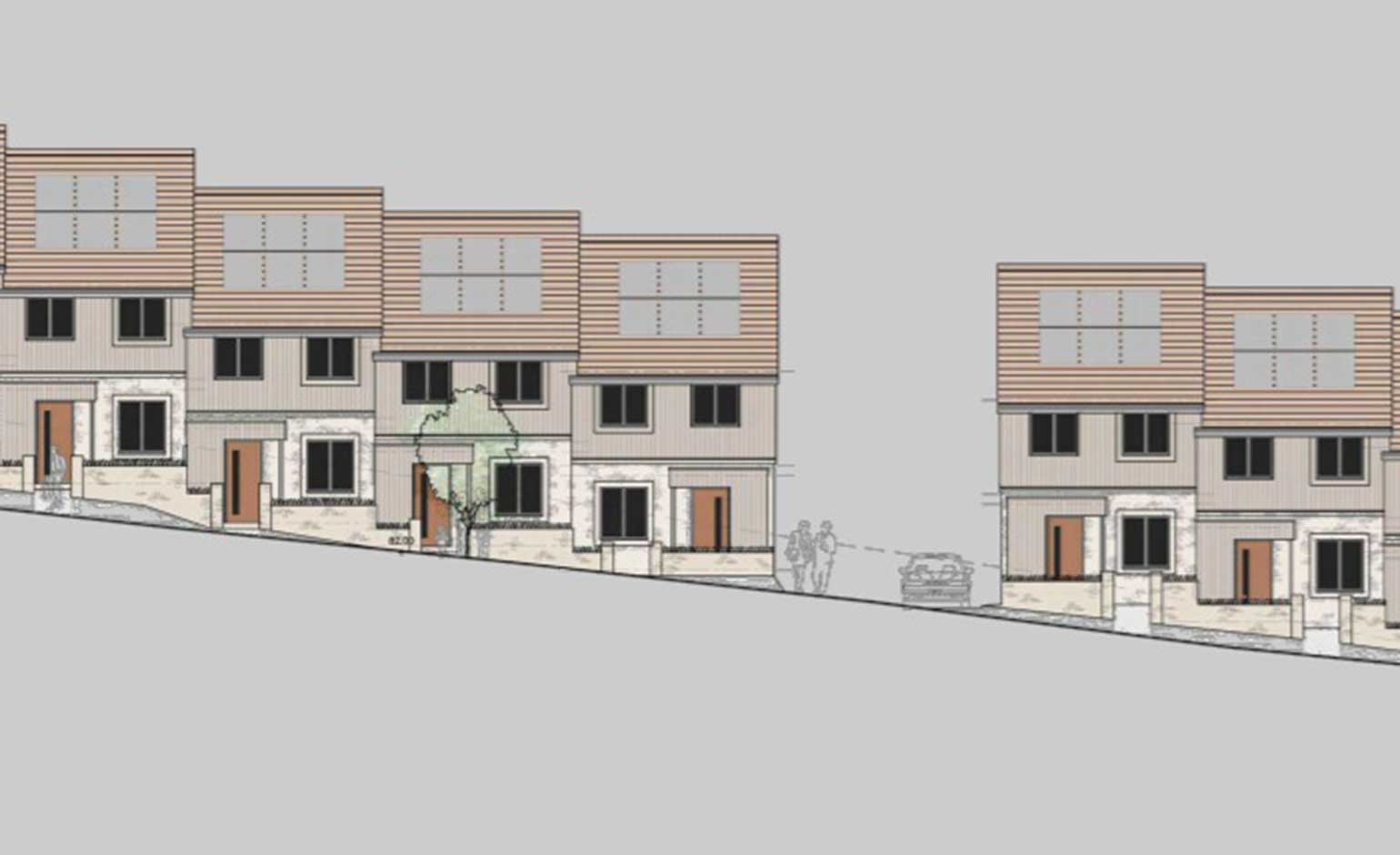 Plans for housing at The Hollow | Image © Freemantle

Nearly 180 residents objected to plans for The Hollow, with warnings the development would significantly harm road safety and claims the developer had only paid “lip service” to ecological concerns.

Two previous applications for housing on the site were refused by the council and later dismissed at appeal – but in the second case the inspector said the public benefits would outweigh the limited harm to the World Heritage Site’s setting and the plans would not harm the character of the area.

Recommending approval, Bath and North East Somerset Council planning officers said: “The proposals are a resubmission of the previous appeal scheme which was only refused due to a failure to secure the ecological mitigation/compensation measures. This has now been addressed.

“The revised highways proposals are acceptable and the amendments to the landscape scheme are an improvement of the previous proposals.”

Despite the recommendation, ward councillors remained opposed to the scheme.

Southdown’s Councillor Paul Crossley said it was worrying that the developer had not considered the “tremendous” impact Bath’s clean air zone has had on traffic flows in the southwest of the city.

He said: “This application keeps coming back and back and back. And each time it’s modified and refined and changed and adapted.

“This scheme is totally unacceptable.

“We should reject the proposal because it impacts the biodiversity. We need to refuse it on ecological grounds and because they haven’t done a traffic survey. It’s going to impact on what’s a narrow road.”

Cllr Eleanor Jackson said: “You’ve got a greenfield site being developed. It’s not going to be any length of time before you then get an application coming in for the corner at the junction. It’s suburban sprawl.”

But planning officer Sarah James said there was no objection from the ecology or highways teams so the council would have no basis to defend refusal on those grounds.

Cllr Sally Davis feared that the authority would “leave itself wide open” for another appeal if members went against the officer recommendation to approve the scheme, saying: “Whether we like it or not they have addressed the issues raised previously.”

She added: “The officer has made it clear the importance of past appeal decisions. To my mind there was only one area that had to be overcome. This proposal does that.”

Cllr Vic Clarke said he could see no way to oppose the officer’s recommendation.

The application was approved by six votes to four against.