Subsidised buses across the West of England have been given a reprieve after the region’s elected leaders finally hammered out a deal. 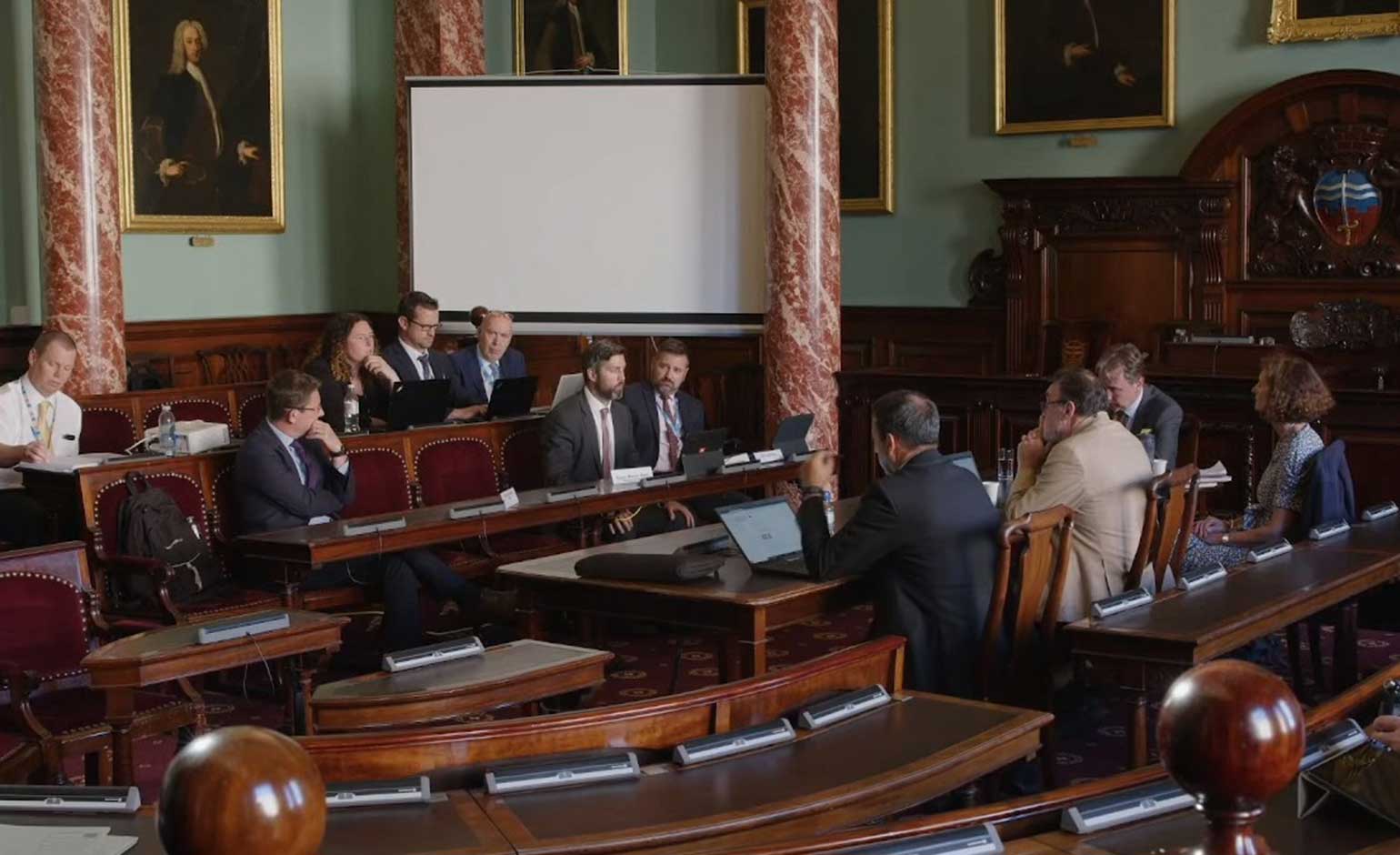 The WECA meeting at the Guildhall in Bath | Image © WECA

Marathon negotiations behind closed doors lasting four-and-a-quarter hours between metro mayor Dan Norris and the leaders of Bristol, South Gloucestershire and Bath & North East Somerset councils succeeded in breaking a deadlock over who pays how much.

The rescue package means an initial seven-month extension to current contracts for the 80 supported bus services, which are important routes serving areas like rural communities and hospitals but are not commercially viable so have to be propped up with public money.

It will allow time for an urgent review of where buses should run across the region ahead of new four-year contracts for services, including brand new ones, being agreed with operators, with the new timetable kicking in from next April.

The political leaders agreed that supported services will be funded through contributions from the West of England Combined Authority (WECA), led by Labour’s Mr Norris, and the three local councils which comprise it.

They also agreed that any subsidised routes in future would be subject to a “value for money mechanism”, a suggestion that had created an impasse and was largely to blame for the urgent talks being adjourned without agreement last month.

This had been a red line for the metro mayor who said he was shocked to discover one school bus from Pucklechurch to Sir Bernard Lovell Academy in Oldland Common, South Gloucestershire, cost taxpayers an eye-watering £426 return per pupil a day and was not sustainable.

The reconvened extraordinary meeting of the WECA committee was due to start at Bath Guildhall at 2pm on Tuesday 14th June but was delayed for Mr Norris, Bristol’s Labour mayor Marvin Rees, South Gloucestershire Council leader Cllr Toby Savage and B&NES Council leader Cllr Kevin Guy to thrash out a deal in private.

When the “public” meeting finally started at 6.15pm, it was all over in two minutes and 15 seconds, primarily because several staff in the building should have already ended their shifts and needed to lock up.

Cllr Guy formally withdrew the proposal backed by the unitary authorities at the May committee and a new resolution tabled by Mr Norris was unanimously accepted.

But it was not read out, so the press and public had no idea what had actually been agreed.

To compound the confusion, the politicians forgot to switch on their microphones for any of the 135-second duration, which meant the dozens watching the live stream heard only silence before seeing everyone leave.

Conservative Cllr Savage has previously criticised the West of England mayor for not holding pre-meetings to agree proposals and agenda reports ahead of WECA committee, a common practice under Tory predecessor Tim Bowles.

And while Mr Norris last month slammed that previous way of working as “deals being done in smoke-filled rooms behind the scenes”, insisting at a WECA scrutiny meeting that those days were over, the four-hour private talks followed by the briefest of public sessions to announce vaguely that something had been agreed suggests that is far from the case.

Nevertheless, both sides welcomed the breakthrough which secures the 80 supported services at least until April, including 26 that were at risk of being axed had an agreement not been reached.

The metro mayor said afterwards that the long-term funding plan heralded an important new era for the region’s buses.

He said: “This is a victory for common sense. We now have a long-term plan, over a four-year period, that will offer stability for passengers and bus companies who want to invest.

“Leaders agreed with me to end the bonkers situation where bus routes are funded to extraordinary levels through an historic accident – and to instead plough that cash straight back into more bus services.

“I want more passengers to have a reliable bus service they can depend on and come to feel proud of.

“This plan means we will reinvest money from fares and remove the hugely costly anomalies.

Cllr Savage told BBC Radio Bristol’s breakfast show on Wednesday 15th June: “What we’ve been able to agree is that all of those services will be extended for the next seven months, and that gives us the time and space to understand what the future bus network should look like for the West of England.

“So no sudden cliff-edge changes in service from the services that are subsidised, and that also gives us the chance to then work with the commercial operators – First, Stagecoach and others – to understand what their commercial intentions are over the coming period.”

“This was in the the face of unrelenting cost pressures on local bus services and insufficient support from Government.

“Many residents rely on their local bus route to access jobs, shops or services such as the doctors, and we have fought hard to protect these services.

“There will be further work ahead to put bus services on a sustainable footing long-term, and then to improve and expand services in the future, but this is an important step in the right direction and I am proud of the unity of purpose showed by WECA.”