There’s a slim chance that the Bath area may have a little snow this weekend, according to the Met Office who have issued an advisory warning for parts of the country. 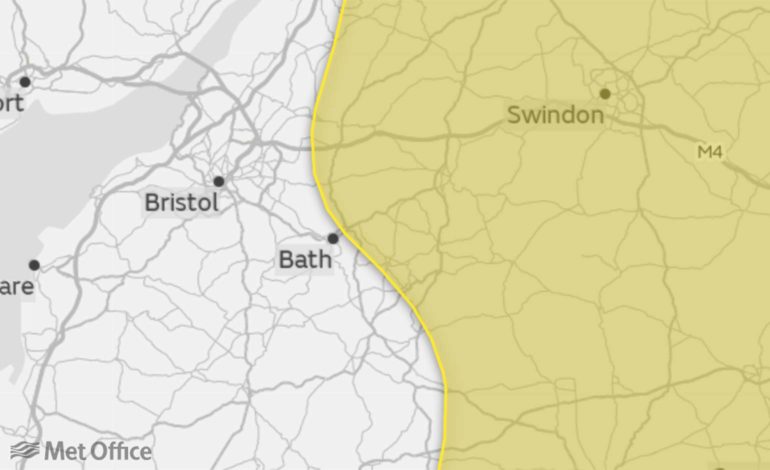 The Bath area is on the very fringe of the yellow weather warning, which has been issued by the Met Office, advising the public there’s a chance of snow on Sunday, 18th March.

In the area covered by the warning, snow showers are likely throughout the day, and where these converge some snow may well accumulate and could then prove disruptive.

There is a small chance of travel delays on roads with some stranded vehicles, along with delayed or cancelled rail and air travel.

There is also the chance that power cuts will occur and services, such as mobile phones, may be affected.

The Met Office says snow in Bath is unlikely, but if any were to arrive it would have a reasonable impact.

It will feel very cold though, with temperatures dropping to -2ºc, and feeling like -9ºc.

The Met Office’s Chief Forecaster said: “High pressure over Scandinavia will feed a very cold easterly airstream across the country during this weekend.

“As this air crosses the North Sea snow showers will form on Sunday, and could well merge into convergence lines producing 2-5 cms of snow in places.”