An appeal has been launched to find a kangaroo cuddly toy that was left on a train heading to Bristol Temple Meads from Bath Spa station, belonging to a 10-year-old boy with a rare genetic condition. 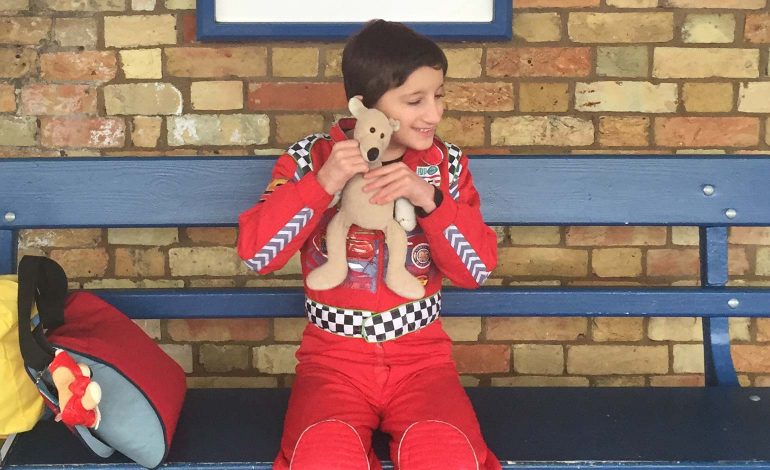 George Fawkes travelled from Kings Lynn in Norfolk to Bath Spa on Friday 16th November, on the way to a hospital appointment in Bristol.

10-year-old George has a rare genetic condition, with only 50 known cases worldwide. As he travels extensively to get the medical care he requires, the cuddly kangaroo is his loyal companion.

George was born in Sydney in 2008 and spent the first 10 months of his life in hospital there. He was given the cuddly kangaroo as a comforter and the pair have been inseparable ever since.

Both have travelled together to Singapore and returned to Australia last year as part of George’s ongoing medical care.

George’s mum, Gilda Fawkes said: “I had not realised George had taken Kangaroo out of his bag until we got off the train at Bath Spa. George said he forgot to tell me, but he finally owned up that he dropped him and saw him lying near his feet.

“He sat in the window seat number 11 , carriage F from London Paddington to Temple Meads.”

“We have logged Kangaroo as missing with GWR lost property at Temple Meads and Missing X, the lost property database. We  hope that someone kind will find him / hand him in at the station.

“The train terminated at Bristol after we got off at 3pm on Friday, so it was only 1 stop before the train ended its journey of the day.”

If anyone spotted the special kangaroo or currently has it, Ms Fawkes has asked for it to be handed in at Bristol Temple Meads station, or to contact her on gilda.fawkes@talk21.com.