The Queen’s Baton Relay, which has been travelling across the world ahead of this summer’s Commonwealth Games in Birmingham, arrived in Bath yesterday morning. 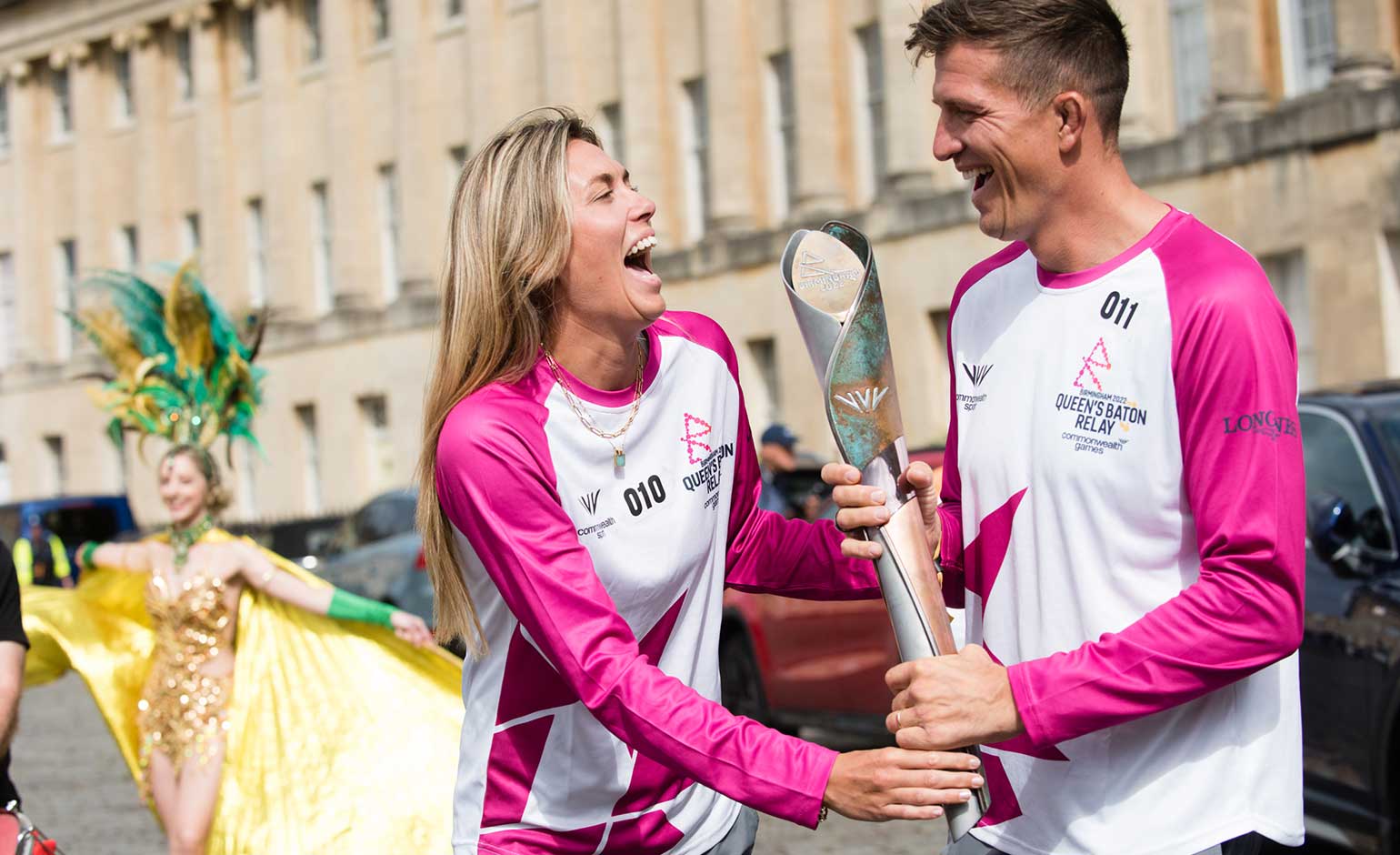 Nine Batonbearers, including a 97-year-old Normandy veteran from Bath, completed the relay from its starting point at the Royal Crescent, via the Roman Baths to the end of its journey through the city at the Guildhall.

Lois and Ed Jackson, founders of Millimetres 2 Mountains, began the relay for Bath, followed by Paralympic swimmer Stephanie Millward MBE who handed it on to Oliver Westcombe from official Birmingham 2022 lighting providers SLX.

Next to carry the baton was Pippa Tilney from Bristol who champions the social and mental health benefits of sport, followed by Charly McNelis from Corsham who raises awareness of cancer. 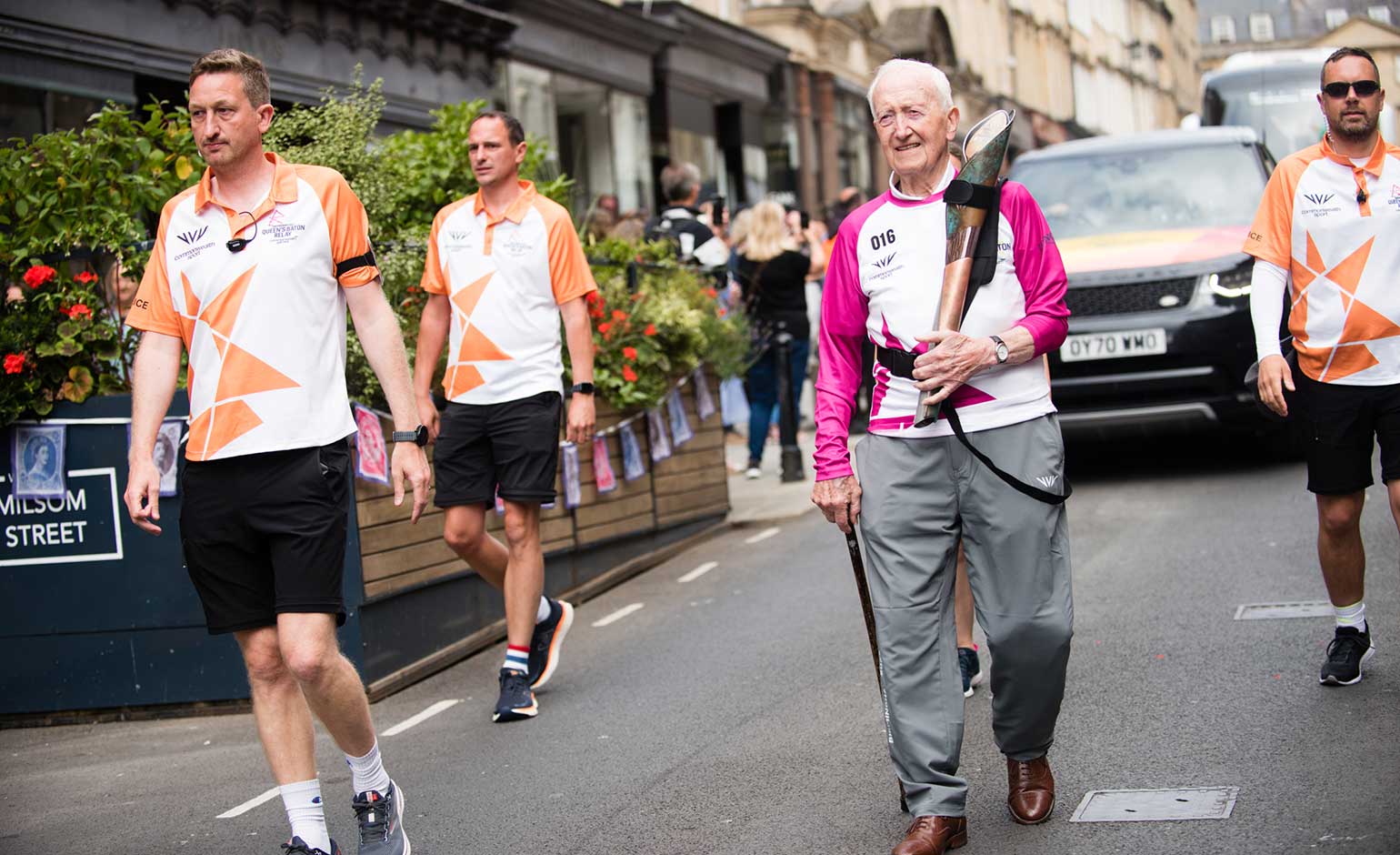 97-year-old Stan Ford was the Batonbearer at Milsom Street before Kate French, UK and world number one in Modern Pentathlon, took the baton into the Roman Baths after being greeted by the Ermine Street Guard and Year 6 pupils from St Andrew’s Church School. 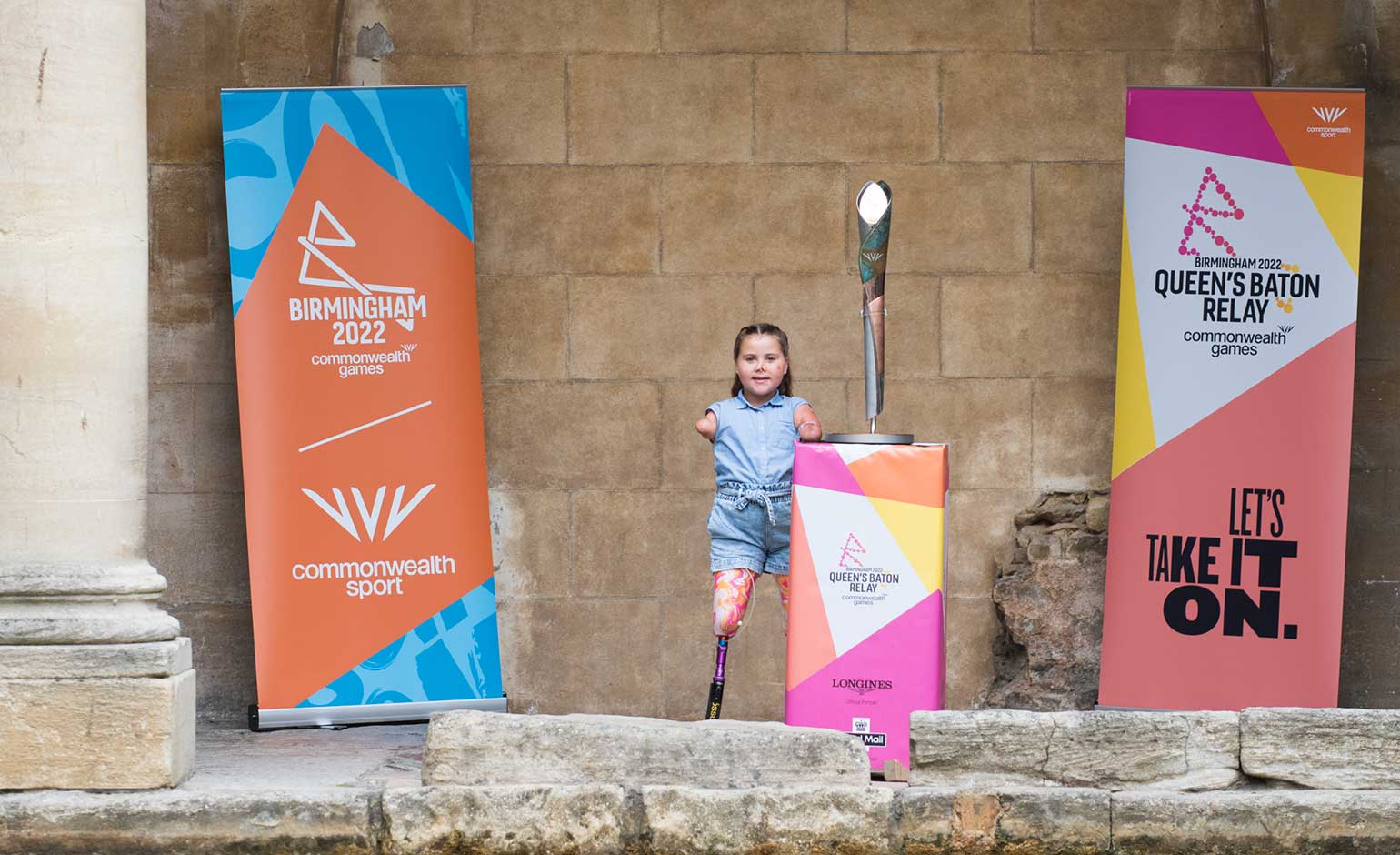 Olympic, Commonwealth and European medallist Sharron Davies was the final Batonbearer, before the baton headed to Bristol for the next part of its journey.

Shaun Stephenson McGall, Chair of the council, said: “Bath has a rich history with sport, with both internationally renowned Bath Rugby and the University of Bath in the city and the baton’s arrival in Bath was a wonderful opportunity for people to be inspired to get involved in sport.

“Next year we look forward to welcoming the Modern Pentathlon and Laser Run World Championships in Bath – another great occasion.

“Thank you to all the Batonbearers and the Ermine Street Guard who formed a guard of honour as the Baton arrived, with a special thank you to pupils from St Andrew’s primary school who stood alongside, looking resplendent in their togas! 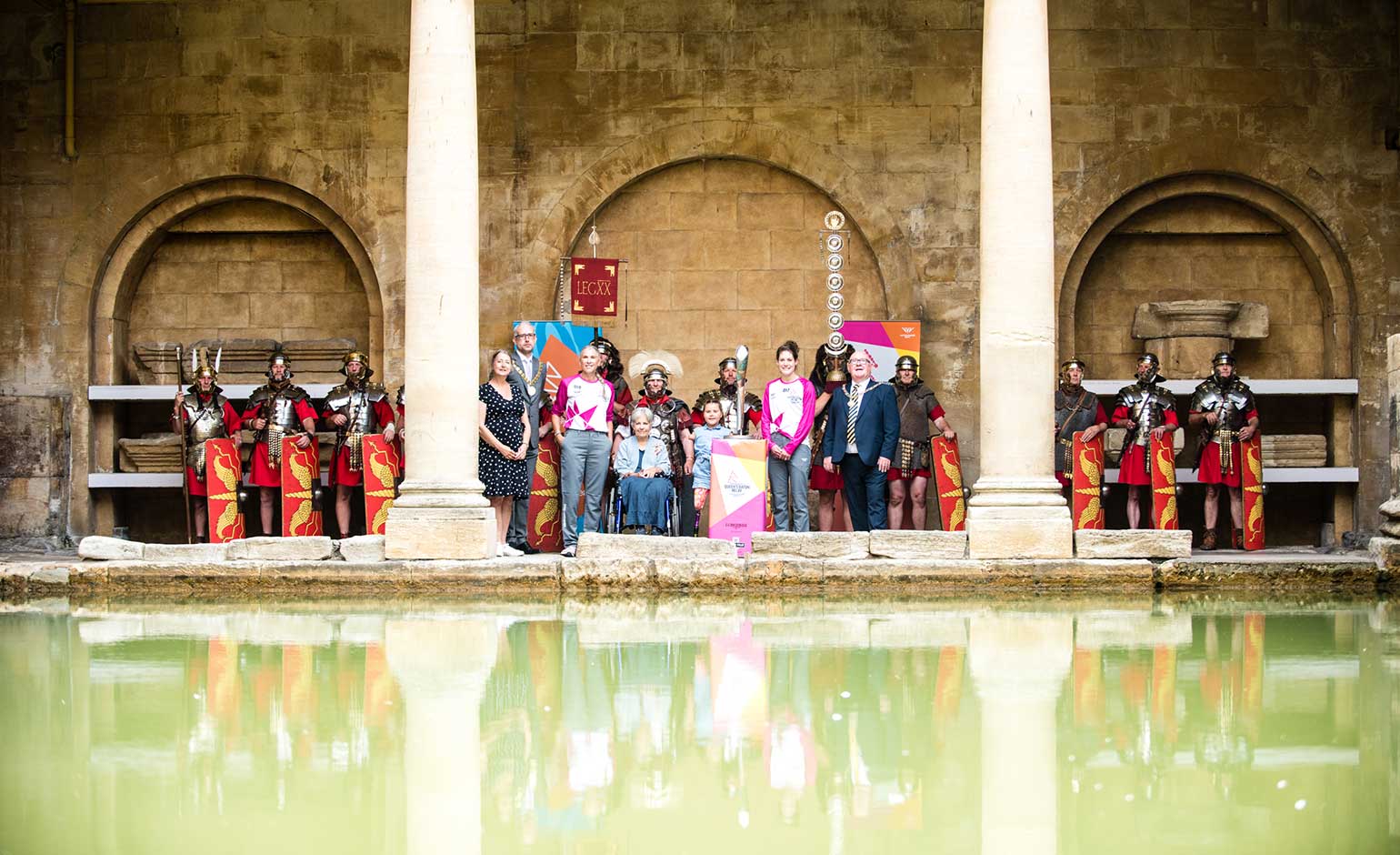 “It was fantastic to see so many people lining the streets to watch this special event.”

The special relay began on 7th October 2021, with Her Majesty The Queen placing her Message to the Commonwealth into the baton.

The baton is now on its 294-day long journey to every corner of the Commonwealth. It is set to travel the length and breadth of England for a total of 29 days, before culminating at the opening ceremony for Birmingham 2022 on 28th July 2022.