A charity based in the village of Peasedown St John near Bath has launched a new campaign to raise awareness of dementia. 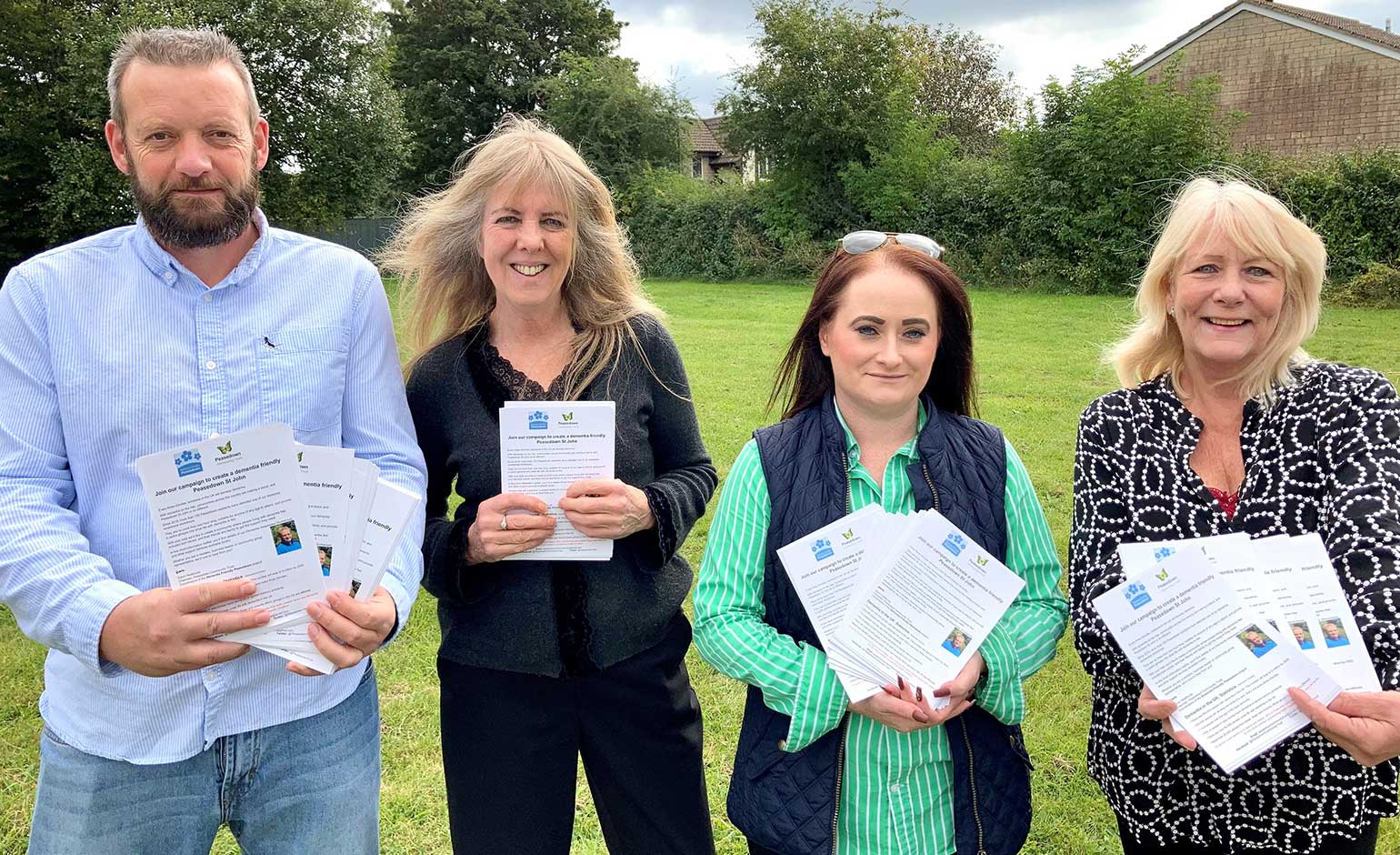 The Peasedown Community Trust, which runs the ‘Dementia Friendly Peasedown’ initiative, is delivering a newsletter to every home, raising awareness of dementia and what support there is available locally.

Trust Chairman, Gavin Heathcote, said: “Every three minutes, someone in the UK will develop dementia. With dementia on the rise, communities across the country are making a stand, and Peasedown St John is no different.

“Since 2019, more than 150 Peasedown residents have attended one of our dementia awareness workshops. Our aim is to create a community where people living with dementia feel included and valued, and their friends and family to get the support they need.

“Our new information leaflet, the first of its kind exclusively for Peasedown residents, provides details of the free dementia awareness workshops we run, and what other support services are available locally.”

The newsletter has been paid for thanks to funding provided by both B&NES Council and the Midsomer Norton & Radstock Lions Club.

Cllr Sarah Bevan (Independent, Peasedown) added: “This funding from the Ward Councillors’ Empowerment Fund allows us to support worthwhile community-based initiatives like this.

“The statistics around dementia in the UK are extremely worrying, which is why it’s important that we’re all aware of the condition and how we can support those living with it.”

Information provided by the Alzheimer’s Society shows that:

Of all the Covid deaths in England and Wales, 25% of those that passed away had dementia. It’s the most common pre-existing health condition.

“This new dementia information newsletter”, added Gavin, “includes what support is available from organisations like RICE, The Carers Centre, Curo and the Alzheimer’s Society.

“Plus, it also provides details of the dementia workshops we run for individuals, community groups and local businesses.”

Every home in Peasedown St John will be receiving the dementia information leaflet over the next 4 weeks – delivered directly to their door by one of the Trust’s 20 volunteers.