Residents are being invited to experience the sights and sounds of 19th-century Paris at a major new exhibition, Toulouse-Lautrec and the Masters of Montmartre, at the Victoria Art Gallery in Bath. 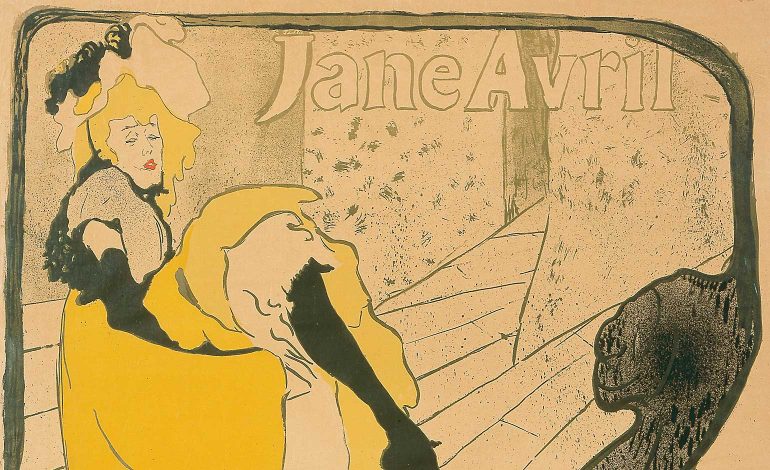 The exhibition will open on 15th February and run until 26th May 2020.

For the first time in the UK, Lautrec’s complete collection of posters, which revolutionised the world of graphic design, will be exhibited together.

More than 80 iconic posters, many of them rare and seen here for the first time, will go on show.

They will be displayed in their full colourful glory, many in giant format from floor to ceiling, recreating how they were originally seen on the streets of Paris.

The exhibition will include 32 posters by Toulouse-Lautrec along with works by other celebrated poster artists of the day such as Alphonse Mucha, Pierre Bonnard and Théophile-Alexandre Steinlen.

Hugely influenced by the flamboyant, vibrant, eclectic, free-spirited, debauched lifestyle of the time, his work was known for its provocative nature, highlighting Paris’s colourful nightlife, stripping away the glamour to bring the Parisian underworld to life.

Beginning in Montmartre in the 1880s, the exhibition examines Toulouse-Lautrec’s work as a printmaker and shines a light on the celebrated stars of the stage, and the styles and fashions of the time.

The exhibition also draws parallels between Bohemian Paris and Bath, which itself was a mix of high society and a more debauched underworld in the Georgian and Regency periods. Bath also became a centre for lithography when Thomas Barker set up one of the first lithographic presses in the country outside London.

Jon Benington, Victoria Art Gallery Manager and exhibition curator, explained: “Toulouse-Lautrec elevated the status of the colour poster such that it became the street art of the 1890s.

“His iconic images for the Moulin Rouge Cabaret and other palaces of popular entertainment were so desirable that fans ripped them from their hoardings.

“Other leading artists who followed in his wake, such as Mucha, Steinlen and Bonnard, also feature in this stunning one-off show.”

Toulouse-Lautrec and the Masters of Montmartre is supported by Arts Council England National Lottery Project Grants, 131 Art Happens with Art Fund donors, and the Friends of the Victoria Art Gallery.