The Fashion Museum Bath has revealed its Dress of the Year 2019, a pleated pink tulle dress by Giambattista Valli for H&M, selected by British Vogue’s Donna Wallace. 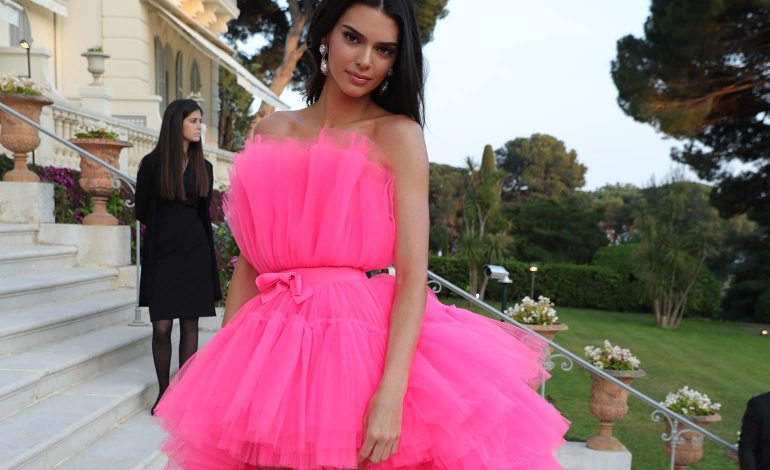 The dress became famous when it was modelled by Kendall Jenner, who wore it to the amfAR gala during Cannes Film Festival in May.

“These are the girls who really marked extraordinary moments,” said Valli during the collection’s unveiling on YouTube.

“One of the brand’s most historic moments was when Kendall came in with that couture dress on the red carpet at Cannes.”

The pink tulle dress, which takes inspiration from Valli’s signature multi-tiered couture gowns, was part of a limited-edition, pre-collection range that was launched in selected H&M stores around the world in May 2019.

The much-anticipated Giambattista Valli x H&M main collection, including his first foray into menswear, was unveiled in a lavish fashion show in a grand palazzo in Rome and went on sale to the public on 7th November 2019. Many items sold out within hours.

Giambattista Valli was born and raised in Rome. Having worked for Capucci, Fendi and as Creative Director of Emanuel Ungaro, he launched his eponymous label in 2005. He showed his first haute couture collection in 2011.

The designer is popular with celebrities such as Rihanna, Sarah Jessica Parker, Amal Clooney and Ariana Grande.

Each year, the Fashion Museum invites a respected expert from the fashion industry to select an outfit that encapsulates the prevailing mood of fashion, represents the past year and captures the imagination.

The Dress of the Year 2019 was chosen by Donna Wallace, Fashion and Accessories Editor at British Vogue.

“These rarefied pieces are designed to be worn in less than everyday settings. With this H&M collaboration, Giambattista makes something usually seen as elite and exclusive accessible.

“Debuted and worn by Kendall Jenner, one of the biggest and most followed models of the moment, it was introduced to the world in the most modern of ways – not on a catwalk show but via our digital feeds.

“It makes perfect sense to end the decade with such a youthful hue. No other colour has evolved and defined the decade as much as pink!”

Giambattista Valli added: “It is an honour to be awarded this prize, to have one of my creations included alongside the iconic silhouettes that have been selected in the past.

“I am very flattered, especially given the fact that this gown was born out of the collaboration with H&M; while based on the commercialized short version, it was created as a unique silhouette by our ateliers especially for Kendall Jenner to debut at the collaboration announcement in Cannes.”

Rosemary Harden, Fashion Museum Manager, said: “Wow! This is a must-see selection for the Fashion Museum’s Dress of the Year 2019.

“A huge thank you to Donna for such an inspired choice to represent the mood of fashion in 2019, and to H&M for working with us to bring the dress to Bath, for everyone to see.

“There has been a ‘bright colour-big dress’ narrative in fashion this year, ranging from Jodie Comer’s pink tulle dress by Molly Goddard, worn to such devastating effect as the character Villanelle in BBC TV series Killing Eve, to frothy, candy-coloured dresses from houses such as Valentino and Viktor & Rolf, along with new boy Tomo Koizumi.

“Giambattista Valli takes his place in dress history in authoring this trend, and in taking it one step further to work with leading global high street and online name H&M to create a version that anyone can wear, should they choose.

“We are beyond thrilled that this grand dress, a dress for 2019, is on display here in Bath.”

The Dress of the Year 2019 has now gone on display at the Fashion Museum.