A special project celebrating the diversity of Bath City FC fans has embarked on a tour of the city following its launch earlier this year. 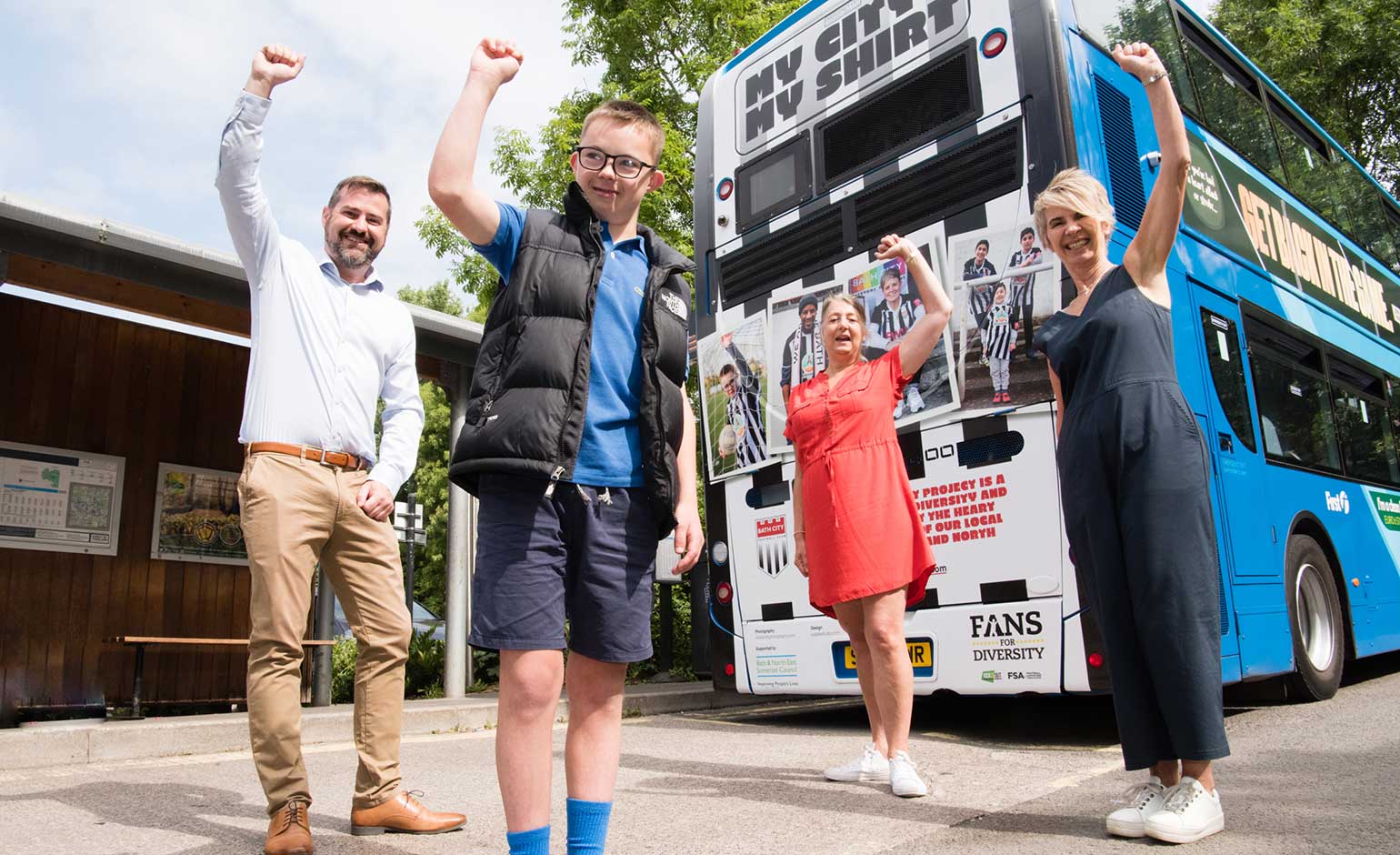 The ‘My City, My Shirt’ project, which launched in May, aims to promote the message of inclusivity and local identity across Bath and was first exhibited at Twerton Park.

Since its launch, the exhibition has been displayed at the World Heritage Centre in York Street and is now touring the city on a Park and Ride bus before guesting at other venues.

Local photographer Nick Smith created the portraits for the project, a partnership between Bath City FC and anti-discrimination organisations Fans for Diversity and Kick It Out, with support from Bath & North East Somerset Council.

The photos were taken at significant Bath locations and convey what being part of Bath City FC means to the person in the photo, both through the image and through their personal thoughts displayed below it.

Thoughts like: “I love that all the players and the managers talk to you”, “It’s so inclusive”, “It’s so friendly” and “There’s a real sense of belonging” capture the strong sense of community at the club.

After its tour of the city, the exhibition will be placed on permanent display at Twerton Park to highlight the club’s inclusivity message now and in the future.

Jane Jones, Bath City FC’s Community Director, said: “These portraits, and more importantly the stories that they represent, are a great celebration of all that Bath City FC has to offer in terms of being a welcoming, friendly club that celebrates the breadth and depth of all our community.

“We are thrilled that the portraits are now heading off into the city to share the celebration!”

Councillor Dine Romero, cabinet member for Children and Young People, Communities and Culture, added: “It’s great news that My City, My Shirt is visiting different parts of the city for more people to enjoy. It reflects and celebrates the diversity that sport attracts and the unity it can achieve.

“We are pleased to support this excellent project which encourages tolerance, empathy and understanding in our communities.”