Bath MP Wera Hobhouse is calling for the Weston Island site currently being used as a depot for First Bus to be transformed into a dedicated arts space for the community. 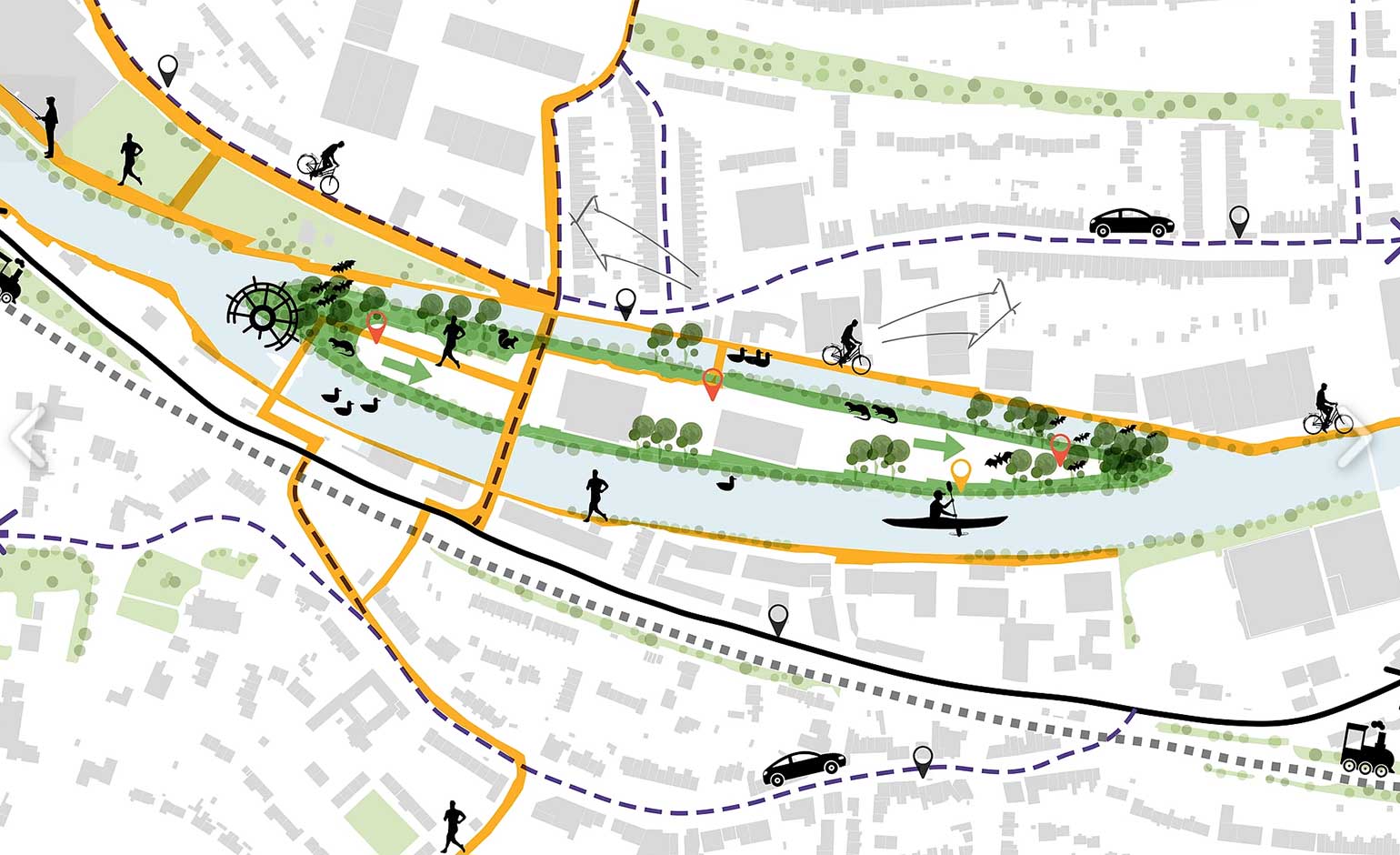 The island, situated along the Lower Bristol Road, may become available for use in the next five years according to Bath & North East Somerset Council’s Local Plan Partial Update, which is currently out for consultation.

Future uses are now being considered and Ms Hobhouse has voiced her support for turning the island into an area for community arts.

With the consultation ending on Friday 8th October, the MP has thrown her weight behind an idea that would turn the area into an arts island.

Local group Bath Arts Depot has come forward with a plan for the site and has undertaken some preliminary engagement in Twerton with positive responses.

They have a vision of a ‘green’ working island, bringing forward the ecological potential of the site, together with a cultural offering.

The island has two large hangers and open space, which could be utilised in different ways to support the community and local artists, as well as attracting international artists to exhibit and perform there.

Alternative options for the site include industrial uses such as builders merchants.

Wera Hobhouse commented: “Weston Island is such a unique site on the river and the city leaders should think big. I fear that the Council might suggest that the land should be used to help free up the city centre for development, by moving businesses there, such as builders merchants.

“Putting up new buildings that attract more HGV vehicle movements goes against the Council Declaration of a Climate and Ecological Emergency.

“In my view the island has enormous potential and we should embrace both a cultural offering and the ecological potential of such an amazing site.

“This is the sort of creative and cultural endeavour we should all support. Let’s have a vision for something we can all be proud of, sitting between Twerton and Newbridge, something that is for both communities as well as the city.

“We should embrace contemporary arts to create new visitor attractions. Let’s create something the local communities can embrace and be part of, that improves links across the river, bolsters the island’s ecology and that attracts international visitors to Bath.

“If you, like me, would like to see Weston Island become a jewel in Bath’s crown, then visit the consultation pages and say ‘no’ to a business park, and ‘yes’ to an arts island that boosts the local economy, enhances the local ecology and creates social cohesion.”

The consultation on the Local Plan Update runs until 8th October and can be found online here.