West of England Metro Mayor Dan Norris tried out a new puzzle-based experience at the Mary Shelley’s House of Frankenstein museum in Bath last week, during a visit to celebrate its first birthday. 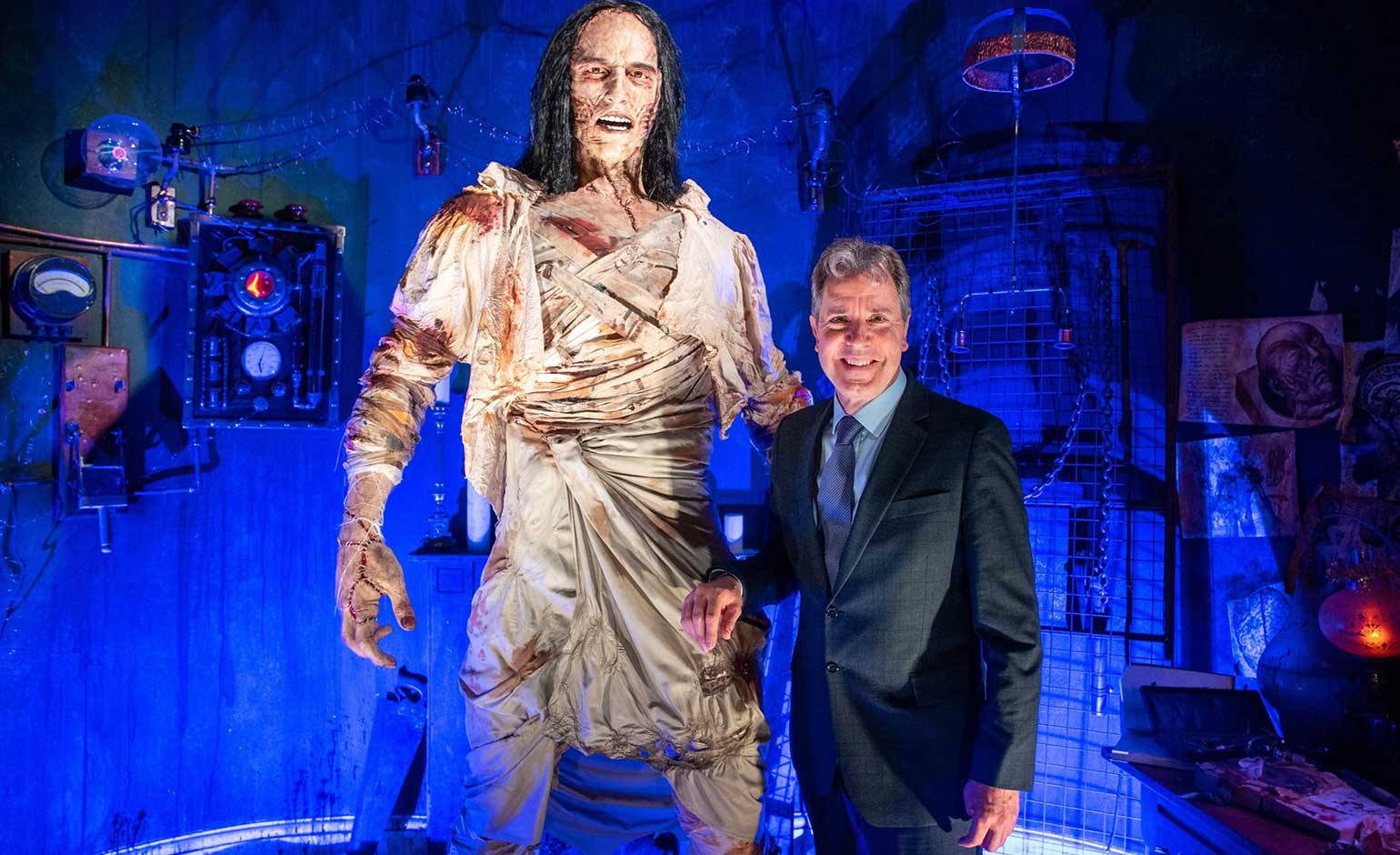 Mr Norris visited the attraction, which is the UK’s first and only Frankenstein-themed museum, as part of his campaign encouraging Bathonians to “explore local” this summer.

Birthday scarers from the House of Frankenstein will be hiding copies of the famous novel throughout the city containing prizes to mark the occasion and will be offering free entry to people called Mary later in the summer.

In addition to this, the unique Bloody Mary’s Bar will be serving Frankenstein-themed cocktails.

Since opening its doors on Gay Street a year ago thanks to a £10,000 cash injection from the West of England Combined Authority, House of Frankenstein has become Bath’s one-stop-destination for those looking for a spooky insight into how Mary Shelley penned her bestselling novel in the city, welcoming over 24,000 visitors.

It features four floors of artefacts and vintage items, including some of Shelley’s original letters, interactive rooms and an eight-foot animatronic replica of the monster recreated for the first time exactly as Mary Shelley described.

But opening a visitor attraction in the middle of a pandemic has been tough, as the Metro Mayor learnt when he met co-founders Chris Harris and Jonathan Willis.

With footfall in city centres still around 10% below pre-pandemic levels, the daunting duo explained why it is so important Bathonians support local attractions, including ‘hidden gems’ like Mary Shelley’s House of Frankenstein, this summer.

Metro Mayor Dan Norris said: “If you’re looking for a fun, spooky and educationally thrilling day out this summer, then look no further.

“But I should warn locals: this one ain’t one for the faint-hearted. Mary Shelley’s House of Frankenstein has everything you could want – interactive environments bringing the iconic Frankenstein novel to life, vintage artefacts and a creepy setting for those of us who can’t resist a bit of horror – and I’m so pleased it’s all been made possible thanks to a grant from the West of England Combined Authority I lead.

“But times are tough right now for our brilliant tourism industry, so I encourage all Bathonians and other visitors to get out there and give this gem of an attraction, and our other fantastic museums, galleries and other local attractions across the region, the support they deserve this summer.”

Speaking about the visit, Chris Harris, Co-founder & Creative Director said: “We are delighted to welcome Metro Mayor Dan Norris to Mary Shelley’s House of Frankenstein as part of the Explore Local Campaign as we celebrate our first anniversary this month.

“From a journey through Mary Shelley’s tragic life, interactive challenges like The Body in a Suitcase game and our Frankenstein themed Escape Room to our Frankenstein book hunt, there’s so much we’re offering Bathonians this month to join in with our birthday celebrations.

“Establishing a new visitor attraction during a socially uncertain and economically challenging period has not been straightforward, so we are especially grateful to the 24,000 visitors, the West of England Combined Authority and local businesses who continue to support us on our ambitious journey. Here’s to the next birthday.”