A Bath resident has cycled around Britain to mark 50 years since his father’s death and to raise money for national cancer charity Macmillan Cancer Support. 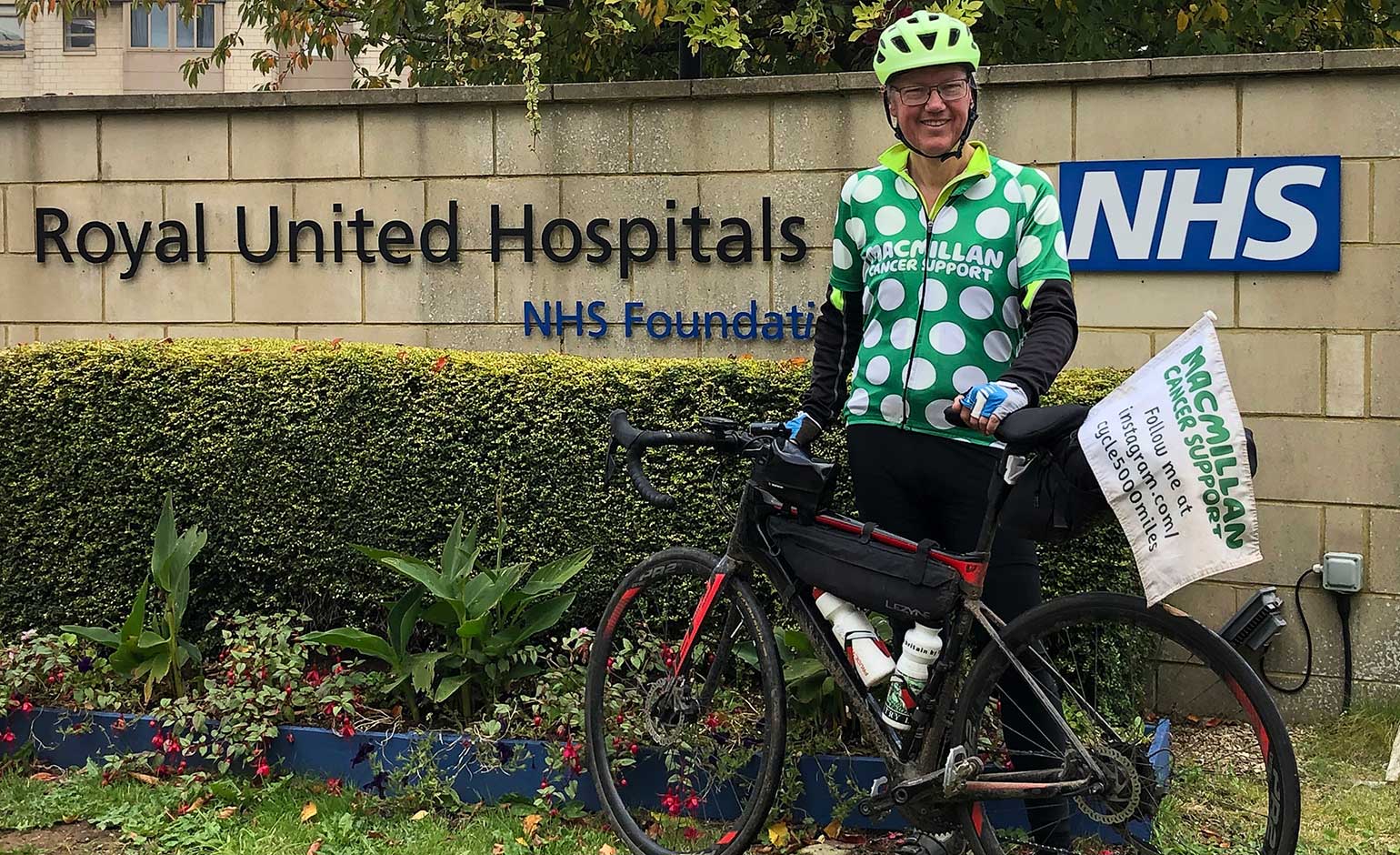 On Sunday 11th October, Ian McKay returned from a 2650-mile cycle around the perimeter of Britain, the equivalent of cycling Lands End to John O’Groats three times.

Ian achieved this epic feat in 40 days cycling solo with no support vehicle, as part of his ultimate challenge of cycling 5000 miles in 2020 for the cancer charity.

He was inspired to take to the saddle in memory of his father who died in 1970, and more recently after losing both his mother and stepfather to cancer.

He started and finished his epic cycle at the Royal United Hospital.

Ian said: “The year 2020 marks the anniversary of my father’s passing 50 years ago and now, unfortunately, my second father and my mother.

“A great deal has changed in cancer care in the last 50 years, but I wanted to take up this challenge to raise awareness and to show my thanks for the cancer professionals and Macmillan who looked after my parents and showed such compassion to my family.”

Ian has so far raised over £5,131 from his round Britain cycle for Macmillan Cancer Support and people affected by cancer.

“I’d like to thank Ian on behalf of Macmillan for his incredible commitment and for raising so much for people living with cancer.

“Macmillan is facing a huge drop in income due to the pandemic and we rely almost entirely on the generosity of supporters like Ian.

“His hard work and that of all our supporters means more now than ever before.”

You can see a selection of photos from Ian’s remarkable cycle on his Instagram @cycle5000miles and support his challenge here.