Local residents and visitors to the city are being invited to the historic Roman Baths to help release a Roman slave from his centurion master, as part of a new escape room-themed challenge. 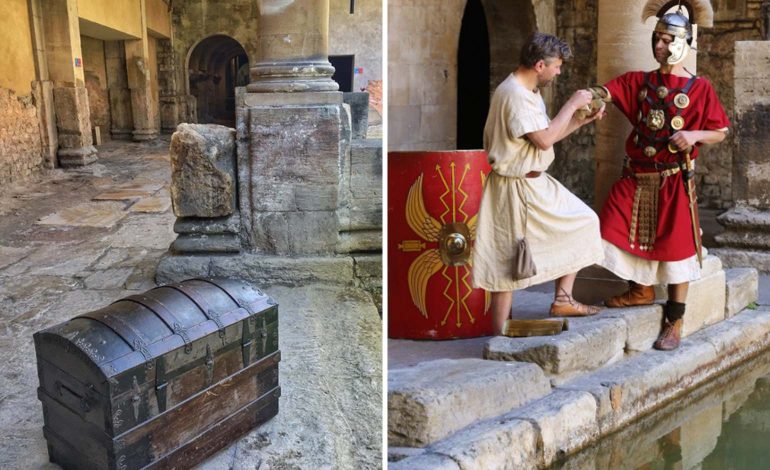 The Roman Baths has introduced Roman Rescue, an alternative take on the popular escape room theme.

Groups of up to six people are challenged to help free a Roman slave by solving clues and puzzles that are locked inside a chest he is guarding.

Participants try to beat the clock, unlock the chest and free the slave.

The experience lasts between 45 and 60 minutes, with the rest of the day free to explore the Roman Baths.

Councillor Paul Crossley, cabinet member for Community Services at Bath & North East Somerset Council, said: “This is a fun new experience to discover at the Roman Baths, and we hope that it will attract a wide variety of visitors – from groups of friends celebrating a special occasion, to colleagues on a team-building day out.”

Roman Rescue costs £60 per group of up to six people, plus the usual Roman Baths admission charge.

Resident’s Discovery Card holders pay just £60 per group, as admission to the Roman Baths is free.

Suitable for children aged 12 years and up. Children under 18 must be accompanied by an adult.

You can book in advance at www.romanbaths.co.uk/romanrescue.