Community leaders in Peasedown St John near Bath have welcomed changes to a proposed housing development in the village. 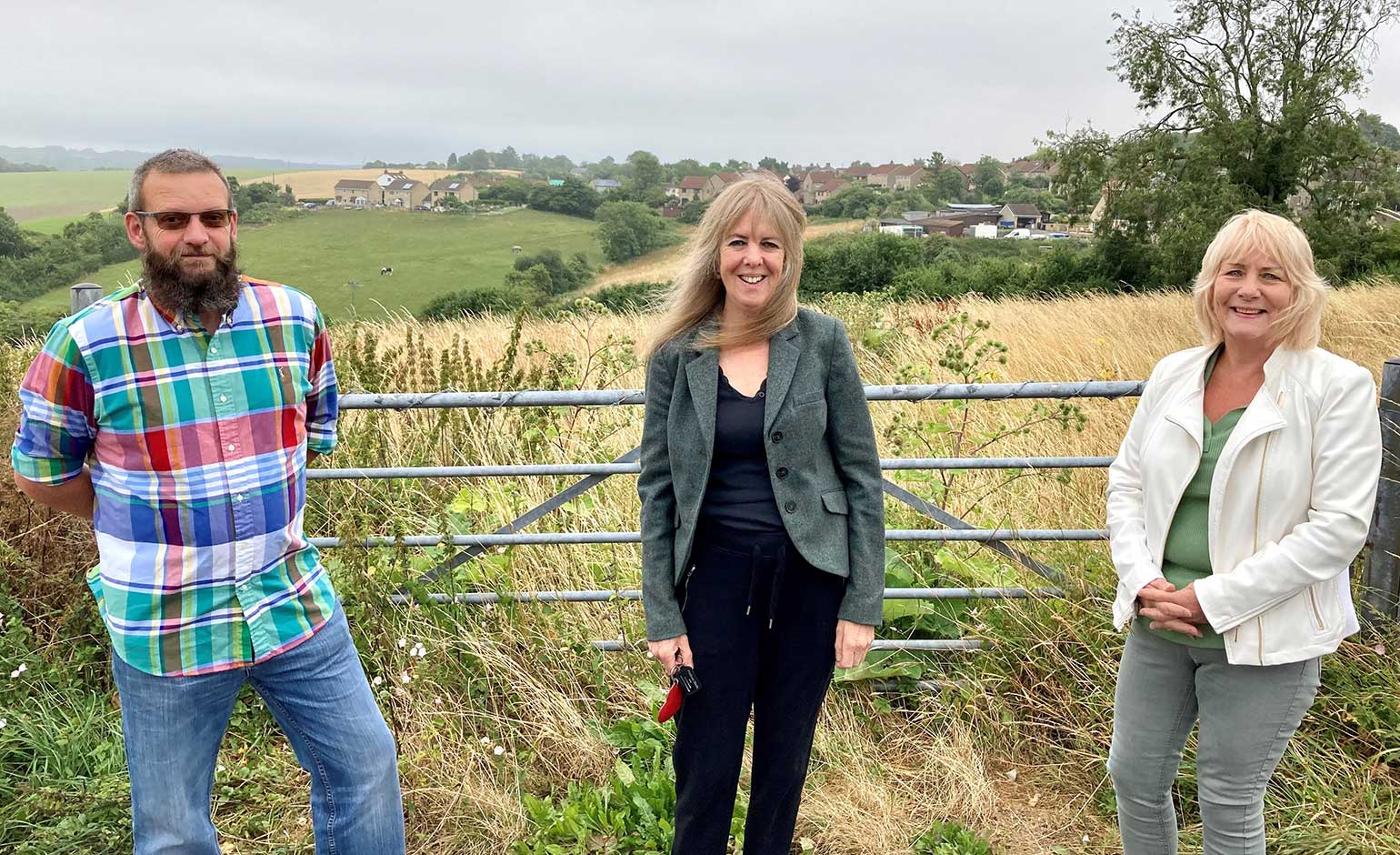 Despite public opposition to the plans and a petition of more than 1,000 names submitted to the local authority, permission was granted on appeal.

Following lobbying from the village’s councillors, major changes have now been made to the plans.

“It shows they’ve listened to the concerns of local residents and have been willing to modify their proposals.

“Since planning permission was granted some years ago Cllr Walker and I have kept in regular contact with the organisation’s directors, asking for updates and a re-evaluation of just how many houses they would build.”

Cllr Karen Walker (Independent), who chairs B&NES Council’s Environment Committee, said: “Cllr Bevan and I are not opposed to new housing in Peasedown St John, but we always had concerns with new homes being built in Greenlands Road.

“The site isn’t suitable for such a large number of new properties in an already highly populated and dense part of the village.

“We’re pleased therefore that Curo has decided to radically reduce the number of new builds from 89 to 51, a 45% reduction.

“We’re also pleased that Curo has made a commitment to look after all the vegetation and public open spaces after all the homes have been built.”

Curo will now submit a revised application to B&NES Council in the autumn with a decision expected next year.

Gavin Heathcote, Chairman of the Peasedown Community Trust, also welcomed the amendments to the plans.

He said: “I’m pleased that Curo has listened to the representations sent in by local residents. Their previous plans just didn’t work and would have placed a strain on the already creaking country roads around the outskirts of the village.

“I’m particularly pleased to see a 56% increase in the amount of open space in the development. The Peasedown Community Trust’s village-wide Environment Survey last year showed that vast numbers of people want to see more open spaces created where children can play and families can spend time during the warmer months.”