A Bath law firm which organised a litter pick last year as a way of giving back to the community is gearing up to hold another event this March. 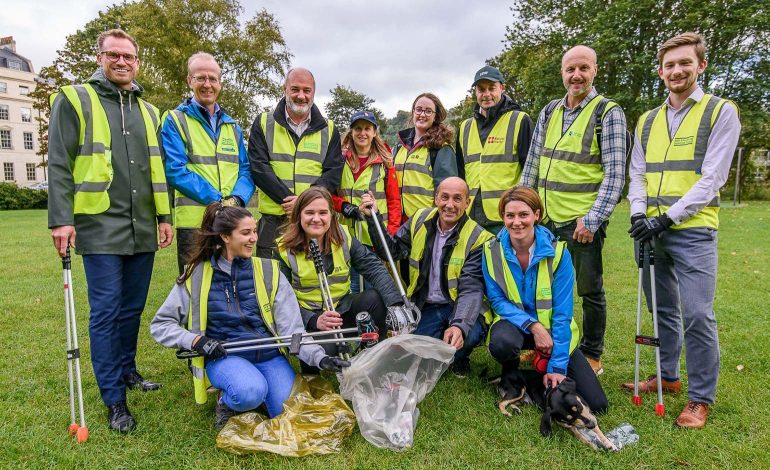 Stone King, which has offices in Queen Square, is holding its second Bath Litter Pick on Tuesday, 17th March from 4.30-5.30pm, and wants as many businesses as possible to get involved.

Last year’s event took place in September and saw over 40 volunteers from a number of firms taking part and collecting 30 bags of rubbish in just one hour.

Waste was collected along a stretch of the River Avon as well as surrounding streets, including the Lower Bristol Road, parts of Widcombe and Oldfield Park.

Stone King’s Managing Partner Steven Greenwood said: “We were delighted at the response to last year’s litter pick when we were joined by so many businesses who all shared our commitment to keeping Bath a beautiful city to live and work in.

“Stone King dates back to 1785 in the city and as part of our Corporate Social Responsibility (CSR) we are committed to helping the local community with good causes.

“We are committed to being a socially responsible business, both internally and externally. We believe that it is crucial for us to make a positive impact on the communities in which we work and on our stakeholders.

“We hope other business will again join us and help keep our city looking its best.”

Stone King’s commitment to CSR encourages all its people to use one working day each year to volunteer, with many opting to use an hour of this time for the litter pick.

The event is part of a series of national initiatives by the firm, with its other offices in Birmingham, Cambridge, Leeds and London also planning on holding community-minded events.

Businesses interested in taking part should email samanthawalker@stoneking.co.uk or call 01225 478180.