A popular ITV detective drama based in Bath, McDonald and Dodds, will be returning to screens this weekend for a second series. 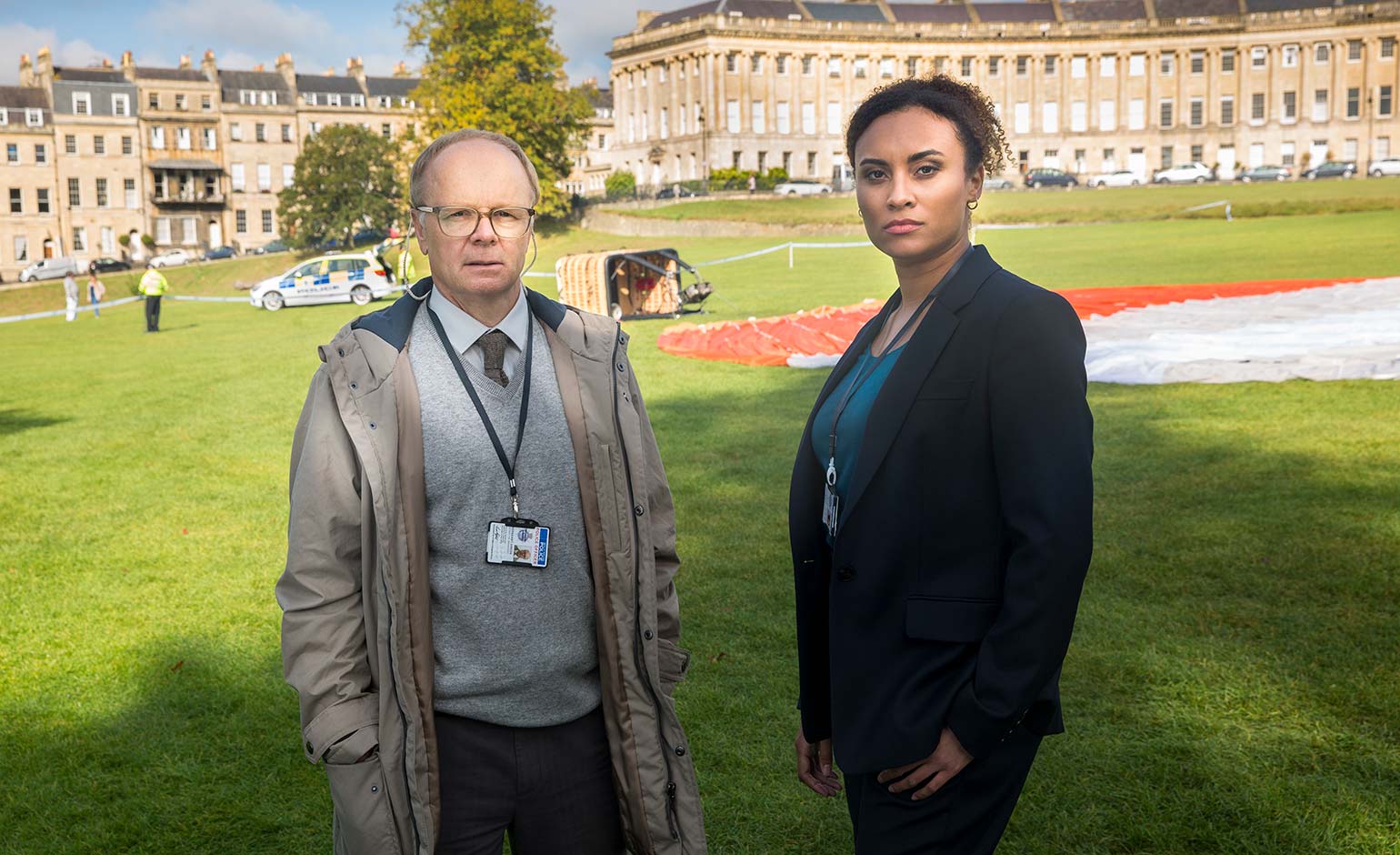 Filming was co-ordinated by Bath & North East Somerset Council’s Film Office, which promotes the area as a film and TV location and helps productions access public areas with the minimum of disruption to residents and businesses.

Councillor Paul Crossley, cabinet member for Community Services, said: “It’s fantastic to see a contemporary drama on primetime television which is set in Bath. McDonald & Dodds was a big hit with viewers last year and so we were delighted to welcome the production team back to the city to film the second series.

“Despite Covid-19 our film office has had a busy year. Since last April, 107 days of filming have taken place bringing around £1.2m into the local economy and many more productions are lined up to film in the area in the coming months.

“It really is great news as it helps to promote Bath and North East Somerset to a wider audience and encourages screen tourism.

“If restrictions allow, we expect to benefit from an influx of visitors this summer wanting to location spot following the huge success of programmes such as McDonald & Dodds and the highly acclaimed Netflix series Bridgerton, which also featured Bath.”