Leading independent brewer Hall & Woodhouse has announced it has chosen eight local air ambulance charities as its charity partner for the next two years. 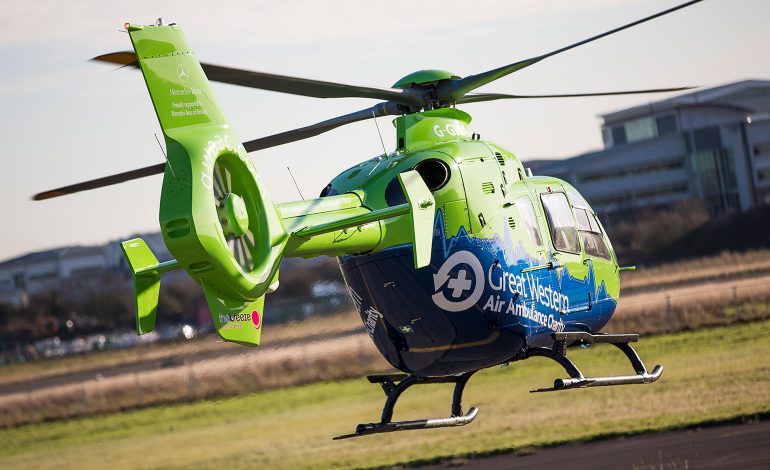 Great Western Air Ambulance Charity, who provide the critical care and air ambulance service for Bath & North East Somerset and North Somerset, is set to be one of 8 equal beneficiaries of the fundraising partnership.

Fifty-one Hall & Woodhouse public houses are taking part in supporting the life-saving services, including two in Bath and one in Portishead, with an aim of raising in the region of £250,000 over the two year period.

This will be achieved through a number of fund-raising activities organised by each of the local public houses, such as quiz nights, sponsored events, fun days and sports tournaments.

All monies raised will be equally split between each charity enabling them to fund the cost of missions, to further enhance their operations or purchase new items of specialist equipment.

Lucinda Gray, sixth-generation of the Woodhouse family and Hall & Woodhouse Charity Champion, commented: “As a company that places community at the heart of our business, supporting worthy causes is very important to Hall & Woodhouse.

“These local air ambulance charities cover the counties where our public houses are located and each of them work tirelessly to care for critically ill or injured patients within our community.

“We are extremely proud to have so many of our public houses backing the campaign and being able to support this wonderful cause.”

Holly Adlem, who manages corporate partnerships for Great Western Air Ambulance Charity said:  “We at GWAAC are thrilled that Hall & Woodhouse have chosen us as their new Charity Partner.

“The fact that the Hall & Woodhouse team members voted to support us means a great deal, and their fundraising is set to make a significant contribution, enabling us to continue to save lives across the region.”

Fundraising for the air ambulances will begin in February 2018 and in March some of the public houses will be taking part in ‘The World’s Biggest Pub Quiz’, an event being led by PubAid.