100 individually decorated owl sculptures are to land in Bath this summer for a colourful 3-month public art event to celebrate the city’s Roman heritage and raise funds for local charities. 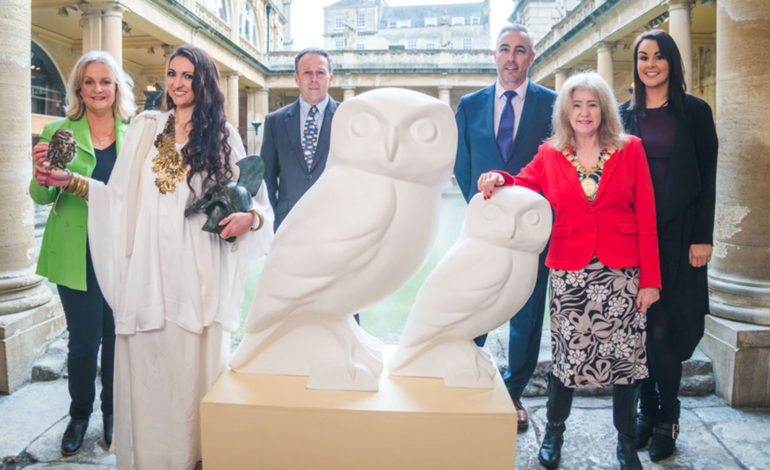 Minerva’s Owls of Bath 2018 will be the latest public art sculpture trail from the team that brought the city the enormously popular Lions of Bath in 2010 and King Bladud’s Pigs in 2008 – one of the first major sculpture trails of its kind in the UK.

The project takes its inspiration from the Roman Goddess Minerva, to whom the Roman Baths Temple was dedicated in the 1st century AD, and whose animal symbol was the owl of wisdom.

The colourful public art sculpture trail will also mark the 10th anniversary of the Pigs.

The Owls and Owlets will take up their perches across Bath and the surrounding region from the end of June 2018. In September, after nearly three months of public display, the Owls and Owlets will be gathered together in one giant flock, or ‘parliament’ as a group of owls is known, for the ‘Hoot Farewell’ auction preview weekend in early October. 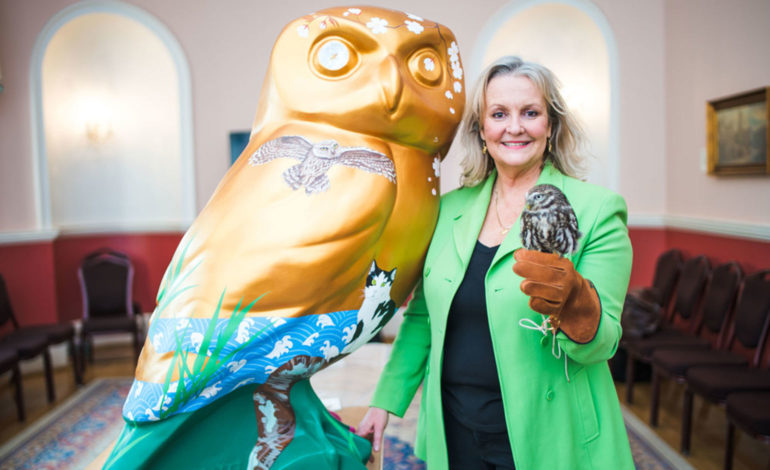 All the large Owls will be auctioned for charity in late October and the Owlets will fly back to the schools and community groups that decorated them as a lasting legacy of the event.

100% of the event profits will be donated to four local charities – 70% to the Royal United Hospital’s new Cancer Centre and 30% to Bath Young Carers, the Roman Baths Archway Project and the UK Little Owl Project, which is based in Bath.

Minerva’s Owls event organiser, Megan Witty, said: “People have been asking us for some time to organise another sculpture trail for the city along similar lines to the popular Pigs and Lions of Bath sculpture trails.

“Events like this are a fantastic way of shining a spotlight on our region’s creativity and heritage, increasing visitor numbers, bringing colour and fun activities to the streets of Bath, and raising much needed funds for local charities.”

Businesses and organisations interested in sponsoring an Owl are asked to get in touch with the organisers as soon as possible as sculpture numbers are limited.

‘Early bird’ sponsorship offers are available until 5th March 2018.  Smaller Owlets are available exclusively for schools, charities and community groups. Sponsors will benefit from extensive publicity, association with a positive fundraising initiative, and the opportunity to engage their staff, customers, pupils or members in a high-profile nine-month event.

SouthGate Bath Shopping Centre has already been signed up as Headline Sponsor for the event. The first painted sculpture, entitled ‘Owl and the Pussycat’ by Bath artist Jane Callan, was unveiled at a launch event at The Roman Baths, where Miss Bath Amelia Watt played the role of the Goddess Minerva.

Guy Henderson, Centre Manager at SouthGate Bath said: “We’re delighted to have signed up as a headline sponsor of this great campaign that not only celebrates Bath’s rich history but is sure to capture the imagination of Bath residents, visitors and businesses throughout the summer.”

Local artists are being invited to submit design ideas as soon as possible and by 1st March for the chance to be selected as one of the official Owl artists by downloading an artist pack from the website.

Owl sponsors can either choose their own artist to decorate their sculpture, select from the portfolio of submitted designs or work with registered Minerva’s Owls artists to create their own individual design.

Chosen artists receive 20% of the auction sale price of their Owl as payment for their work, plus a contribution towards the cost of their materials.