A team of charity fundraisers have been offered a base in the city centre ahead of its street collection campaign for the annual Poppy Appeal. 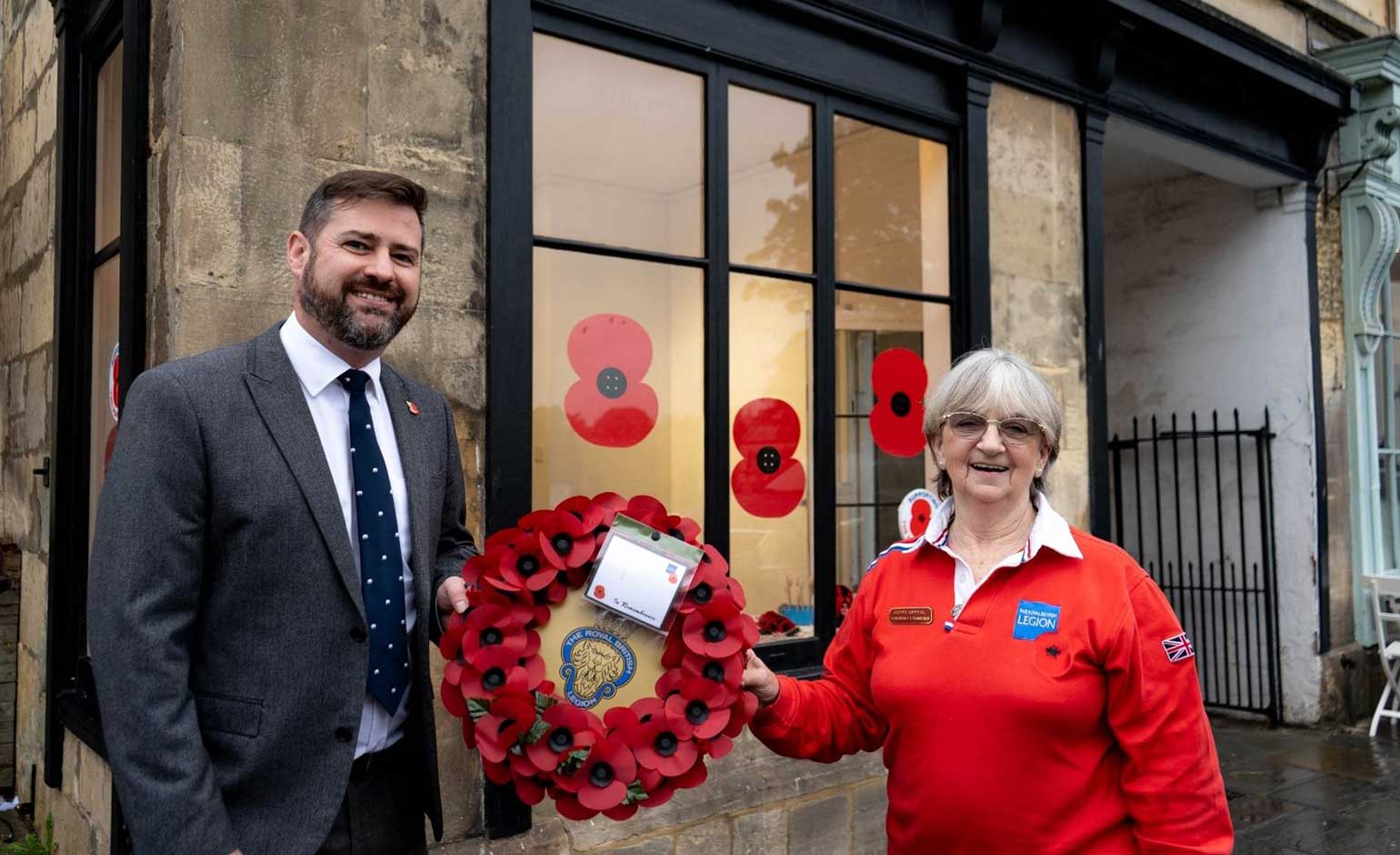 The Poppy Appeal is the Royal British Legion’s biggest fundraising campaign, which is held every year in November during the period of Remembrance.

Organisers of the Bath Poppy Appeal were looking for a shop where volunteers could pick up poppies and drop off donations.

Bath & North East Somerset Council has offered the use of a property in Walcot Street for the duration of the campaign.

“As an ex-serviceman and the council’s Armed Forces Champion, I know how important this campaign is to the Royal British Legion in raising vital funds for the Armed Forces community.

“The collectors have been at the heart of the Poppy Appeal for 100 years and after two years it will be good to see them back out on the streets of Bath selling poppies.

“The money they collect will continue to support people in urgent need of help.”

This year the event will mark 100 years since the nation’s collective Remembrance traditions were first brought together: the poppy, two-minute silence, Armistice Day, the service for the Unknown Warrior and the march-past at the Cenotaph in London.

Poppy Appeal co-ordinator, Pearl Shaw, said: “I am over the moon at being offered the property at 27 Walcot Street and I wish to thank everyone who so kindly pulled out all the stops to support the Bath Poppy Appeal.

“This year is the centenary of the organisation and if it were not for people’s generosity, we could not be there to support service personnel and their families.”