A highways engineer says he has no plans to hang up his hard hat or hi-vis jacket just yet as he marks 50 years working on the roads across Bath and North East Somerset. 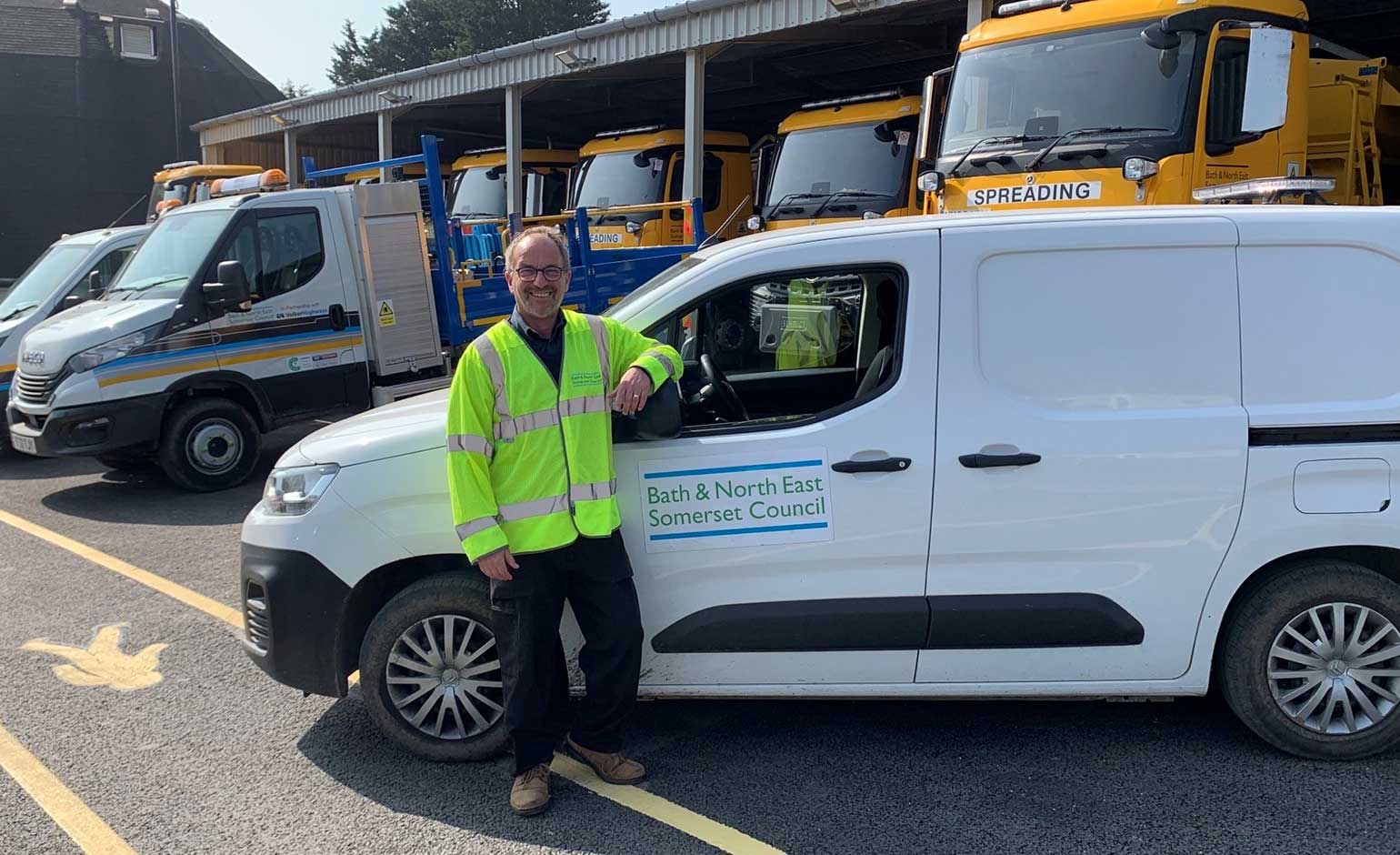 The grandfather of eight still works at the local authority’s Clutton Road depot where he started all those years ago.

He said: “I just love roads. When I drive on a road I can tell you how it was built and I can see where the original roads were.

“When I’m on holiday I pick up bits of grit to see what the road is made of.

“When we went to Los Angeles it was like a white knuckle ride at Alton Towers – white concrete road, eight lanes with very big trucks – and then I thought ‘I’m enjoying this!’”.

Allan left school in 1970 when he was 15 and began his first job collecting milk churns from local farms, but the work ended when milk tankers were introduced.

He had to look for another job and there were two options that appealed to him; one was driving big tractors for the Forestry Commission and the other was working for the Highways team at Somerset Council at Clutton.

Allan said: “I was really keen on tractors so went to see the man about working for the Forestry Commission, but the guy didn’t turn up.

“Instead I went to see Mr Bailey at the Clutton depot. Mr Bailey asked me, “How did you get here?”. I said, “I cycled from Harptree to Clutton” and Mr Bailey said, “You’re fit enough – start Monday!

“When I joined the council, North East Somerset was still part of the county of Somerset so I worked for them from 1972 to 1974 and then I worked for Avon County Council from 1974 until it went to B&NES in 1996.”

Allan started ‘on the tools’ doing the digging work and worked at the Clutton depot for around 25 years before becoming a Highways Inspector in 1997.

He says that one of the best things about the job was meeting his wife Amanda when he was sent to do some training at Bath Tech in 1974 and she worked in Pensions. They’ve now been married for 45 years.

Allan said: “I stayed just because I loved my job but now it’s more about the people I work with. Local authorities attract nice people to work for them.”

“Overall though I feel positive about working for the council and I think that working here is all about trust. You are trusted to pull your weight and get on with the job.

“If you work for a local authority then you’re all treated equally and that’s a good thing.

“Even if I’m not feeling 100% I go to work because it makes me feel better. I love coming to work and I don’t want to retire – I just don’t want to overstay my welcome!”

“His love of roads and dedication to the council shines through and has no doubt inspired others over the past 50 years.

“On behalf of everyone at the council I want to say a big thank you to Allan for his hard work and continued service. We look forward to hearing what you decide to do next!”