The installation of the new Destructor Bridge in Bath has been delayed again after Britannia Construction announced that they will need to allow further work to be carried out on the bridge alignment. 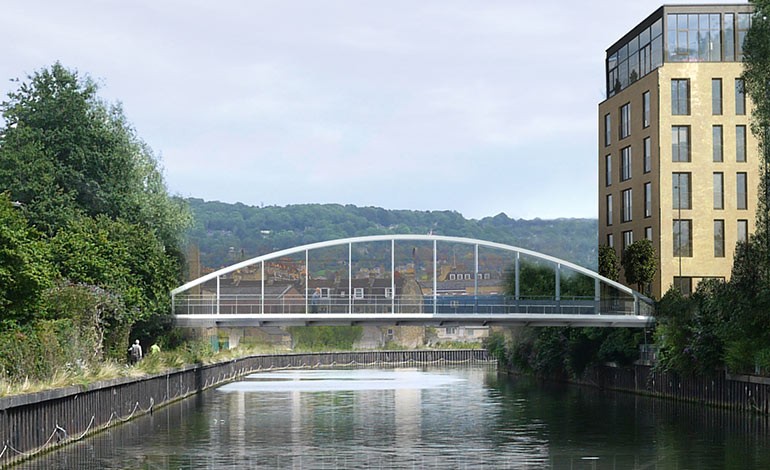 The bridge was planned to be installed this weekend, though as this has now been deferred, the recycling centre on the Upper Bristol Road will remain open throughout Friday 10th June to Sunday 12th June.

The river will also remain open as will the towpath, though cyclists are being asked to dismount due to a restricted width.

In a statement, Britannia Construction said: “We apologise for any inconvenience and will continue to keep the public and stakeholders informed.”

The new bridge is being installed to provide access for Bath Riverside residents to and from the development and will have two traffic lanes, a cycle lane and a footpath.

Designed by award winning consultants Flint and Neill, along with Knight Architects, it takes the form of an elegant steel arch.

The former Destructor Bridge, a single-lane structure dating from the 1870s, was originally a railway bridge.

It was moved to Midland Road in the early 1900s to provide access to the city’s incinerator, hence the name Destructor Bridge.