Former player and past President of Bath Rugby Club, David Trick, has been presented with the Stone King Award in recognition of his longstanding support for the club. 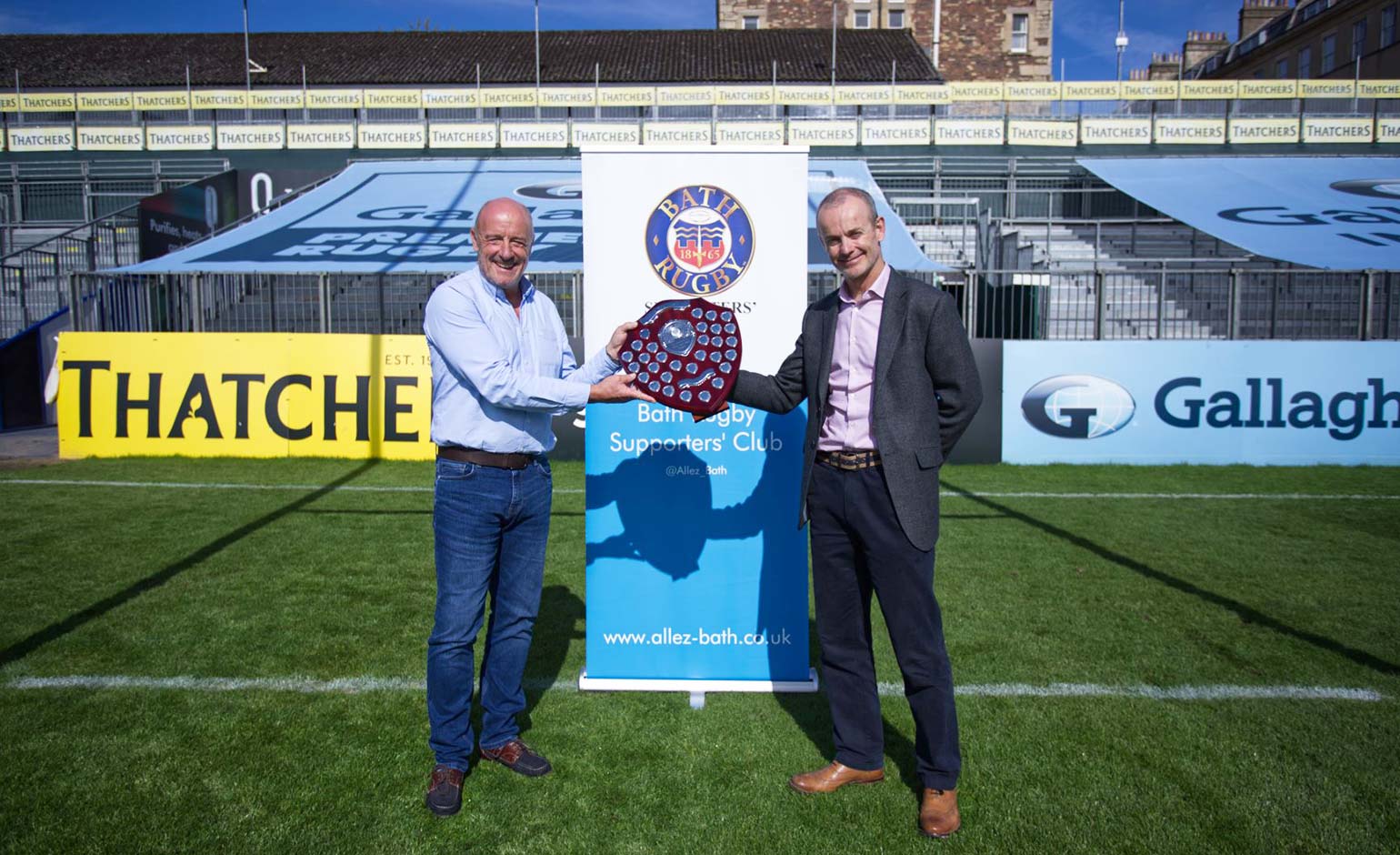 The award also marks his support of the Bath Rugby Supporters’ Club (BRSC) and for being an active ambassador and fundraiser for Bath Rugby Foundation.

Nominated by the BRSC committee, David fittingly received his award at the Bath Recreation Ground.

BRSC Chairman Kevin Lawrence said: “We hold this award in very high regard. It gives us a chance to recognise people who have contributed outstanding services and this year we are delighted to award it to David Trick.

“Tricky has a long history of service with Bath Rugby, both as a player and in administrative roles and he is a very good friend to us at BRSC.

“Together with his current role as a key member of the Bath Rugby Foundation team delivering essential support to young people facing very difficult challenges, this makes him a very worthy recipient and we are delighted to award it to him.”

Since then he has remained committed to the club, including doing two terms as Club President. He also plays an active role in the Club’s charity arm the Bath Rugby Foundation, which works to empower vulnerable children in Bath and the surrounding areas.

He played an instrumental role in setting up the charity’s 1st XV Club and other fundraisers such as leading the Foundation’s annual cycle challenge.

He said: “This recognition is richly deserved and I feel privileged to present this award to David for his incredible commitment to Bath Rugby over the past four decades.”

David Trick said: “I’m very grateful for this award. Since my days as a player I have gained so much from my ongoing involvement with the club and its supporters.

“My work with the Foundation in particular is extremely rewarding and there is much more to be done to support children and young adults through our education and development programmes.”