The sun shone on the second Team Bath Sportive last weekend, as more than 100 cyclists enjoyed perfect conditions for a Sunday ride through the Somerset countryside. 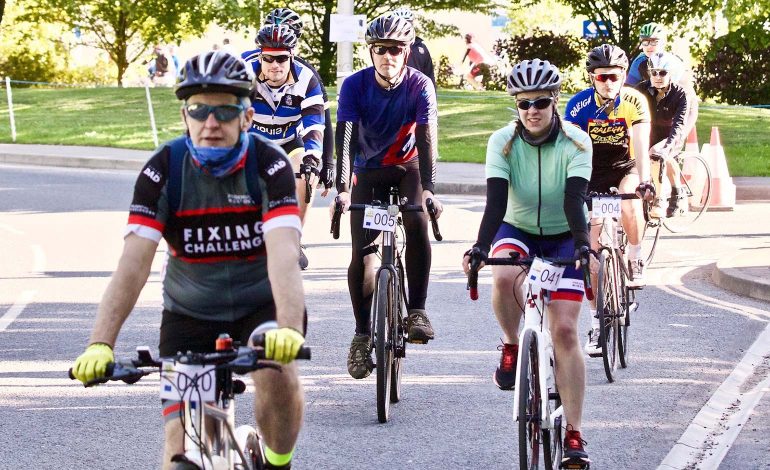 Entrants travelled from as far afield as Ipswich, Cardiff, Cheshire and North Wales to take part, while overseas University of Bath students from China were also among the cyclists who enjoyed the warm weather and supportive atmosphere of the non-competitive event, designed to encourage fitness and participation.

There were two organised rides on the day, with the majority of cyclists taking on the 102km route from the University of Bath Sports Training Village to Glastonbury and back.

There was also a shorter 50km route that proved popular with families and everyone who took part on the day received a free T-shirt.

Plans are already in place to stage another Team Bath Sportive in 2020 with a third, longer route.