A keen cyclist from Combe Down in Bath has completed a gruelling 200-mile bike ride from Bath to Brighton in aid of the Bath Cancer Unit Support Group (BCUSG). 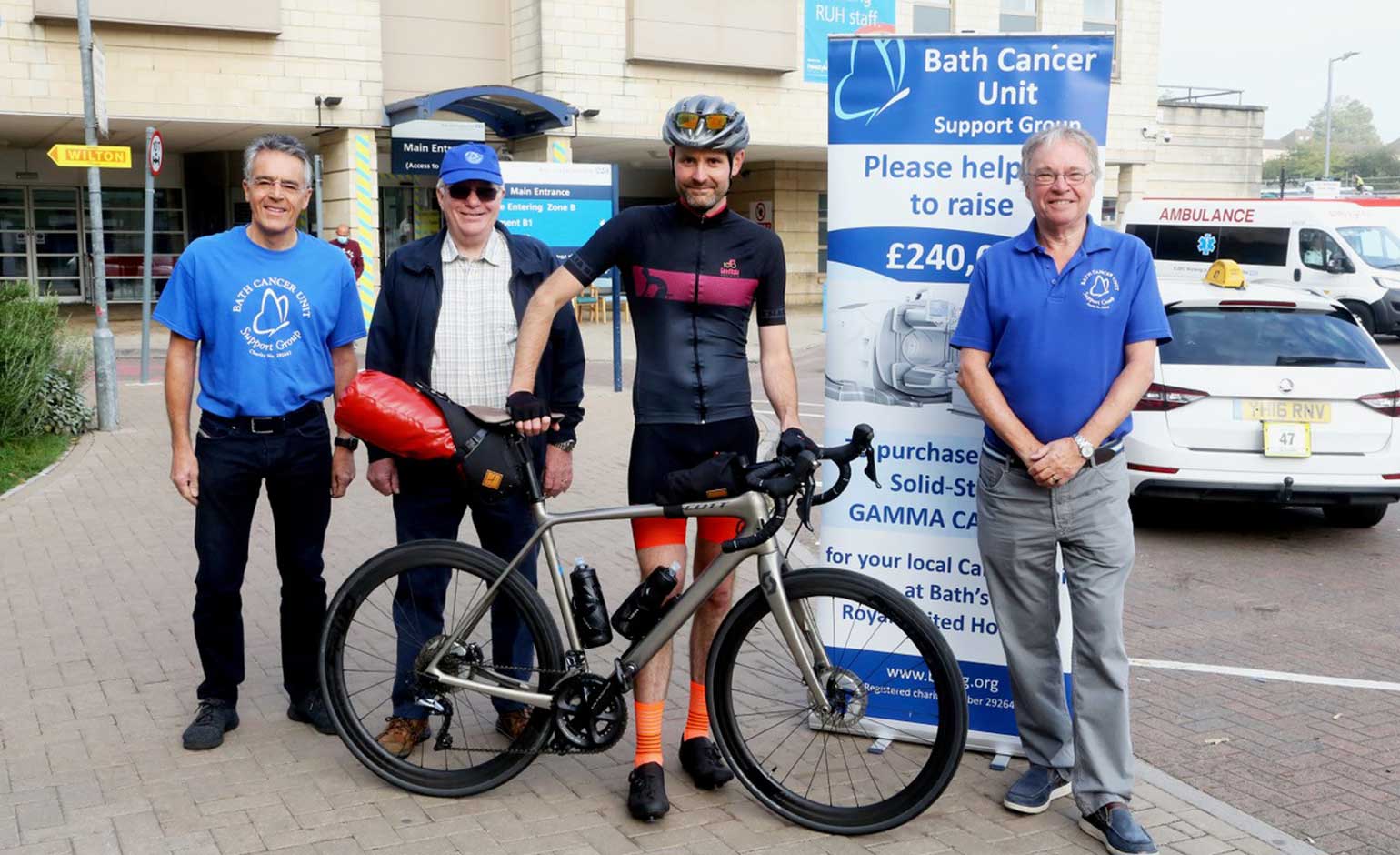 Father of two Mat Belgrove has so far raised £1,050, and the money will be split equally between the charity, which funds vital medical equipment for the Royal United Hospital’s cancer unit, and the MS Society.

Mat was waved off on his epic ride by his children, Lily and Harry, and by supporters of the BCUSG.

He then cycled from the RUH to Brighton via Marlborough and Henley on Thames, with an overnight stay in Windsor.

Mat set off the following morning at 6am and cycled to London’s Clapham Common to meet friends who joined him for the final leg down to the south coast.

Mat said: “About six months ago, I convinced four friends – who only had one suitable bike between them – to complete the London to Brighton bike ride with me.

“I thought it would be a nice way to catch up and raise some money for charity.

“Cancer has impacted our family, with my father-in-law and his wife both having had successful treatment in Bath.

“Previously my grandpa died of cancer despite receiving the best care from the RUH. My auntie also passed away having battled ovarian cancer.

“And a close friend’s dad suffers from multiple sclerosis, so we all decided to raise funds for the MS Society on the London to Brighton leg of the ride.”

Mat added: “I ride regularly and have done a number of 100-mile journeys, so I’m familiar with the training needed for this distance, but I’ve not attempted to do them back-to-back before.

“Despite having a slightly sore bottom, it was a great feeling of achievement to finish the ride and support two such great causes.”

BCUSG chairman Mike Taylor said: “We’d like to say a huge ‘thank you’ to Mat for his Herculean efforts in the saddle.

“He really did pull out all the stops to help us improve outcomes for cancer patients at the RUH.”