Community leaders in Peasedown have repeated their calls for major road-safety changes to be made on the A367 bypass around the village following a ‘devastating’ collision last Wednesday. 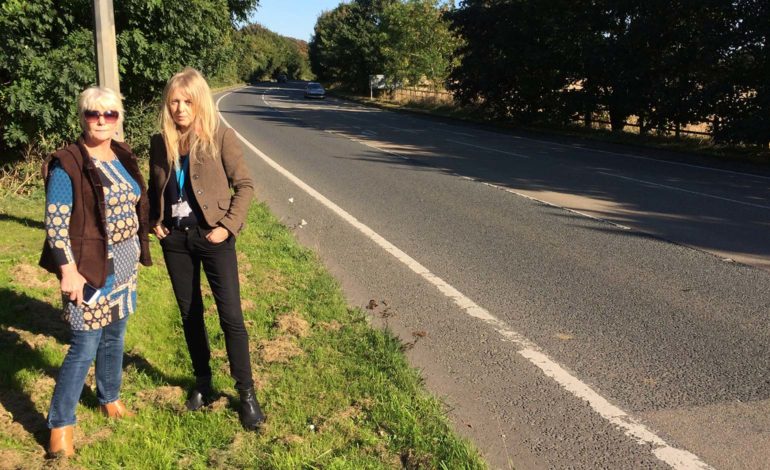 Two vehicles were involved in the crash, which happened on the stretch between the Orchard Way roundabout and the Bath Road junction

The incident led to the entire road being closed in both directions from 4pm for several hours.

Cllr Karen Walker (Independent, Peasedown St John) said: “We realised soon after 4 o’clock that something was wrong after hearing the sounds of police sirens and the air ambulance flying over.

“Our hearts go out to those involved in the accident, and we’re grateful to the emergency services for acting so quickly.

“Whilst more details emerge about what actually happened, the accident is a strong sign of the ever-increasing need for B&NES Council to make a serious financial investment in road safety on that stretch of road.

“Many of us, for at least 13 years, have been calling and campaigning for a roundabout at the A367/Bath Road junction which would heavily decrease the accident rate and give drivers greater peace of mind using the A367 at Peasedown.”

Cllr Walker, along with Cllr Sarah Bevan, parish councillor Nathan Hartley and the village’s Residents’ Association, have repeatedly highlighted the need for a roundabout at this location.

Wednesday night’s accident occurred in the same week that the results of the long-awaited ‘A367 Safety Report’ were published.

Cllr Sarah Bevan (Independent, Peasedown St John) said: “On Monday, Cllr Walker and I met with the council’s Traffic & Safety Team to receive the results of the A367 review, which was carried out last year.

“The review covered the stretch of the A367 from Westfield to Churchill Bridge in Bath, and includes a number of measures to increase road safety, including a proposed £100,000 pot of money which is set to be included in B&NES Council’s new budget.

“The review was in response to our emails and spoken concerns, and collision statistics gathered over the past 5 years, from 2012-2017.”

For Peasedown St John by-pass, the review’s conclusions have led to the following proposals:

Cllr Bevan added: “As much as Cllr Walker and I welcome the review, its results, the proposals above, and the £100,000 fund, we think they just don’t go far enough!