B&NES Council’s Film Office has been nominated for an internationally recognised award for its work on the Netflix period drama Bridgerton. 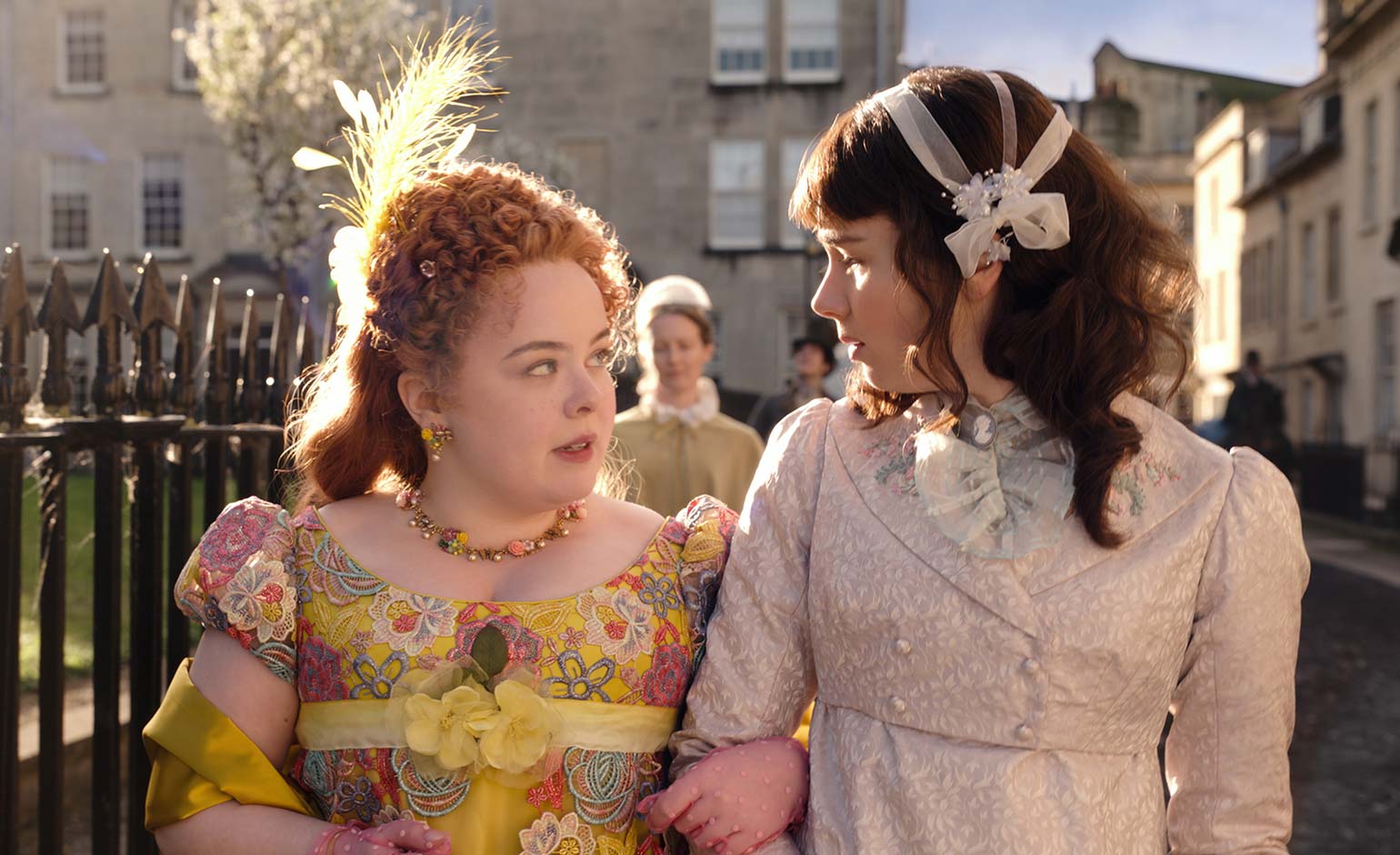 A scene from the series, shot in Beaufort Square | Photo © Netflix

The Location Managers Guild International (LMGI) award celebrates work above and beyond the usual service expected from a Film Office.

Bath Film Office’s small team coordinated numerous requests from the Bridgerton production for council services such as road closures, street furniture removal, street lighting removal and parking, as well as the use of the Assembly Rooms and rooms at the Guildhall.

Bridgerton shot four blocks of filming in Bath between August and November 2019, filming more than 70 scenes which was television filming on a scale not seen before in Bath.

Most of these were exterior street scenes but there were also big ballroom sequences filmed at the Assembly Rooms and the Guildhall.

Two shops were converted into the Modiste dress shop and Gunter’s Tea Rooms in the drama, with the Holburne Museum also used extensively for filming.

Bath Film Office is up against five other Film Offices including Liverpool Film Office and Screen Queensland, Australia for the Outstanding Film Commission award.

The LMGI awards celebrate the contributions of location professionals in feature film, television and commercial advertising.

They spotlight creative use of filming locations that set the tone, enrich the character and inspire the storytelling narrative.

Councillor Dine Romero, cabinet member for Children and Young People, Communities and Culture, said: “It’s a well-deserved honour for our Film Office team to have been nominated for this prestigious award.

“The team is very small compared to other organisations, yet they enabled the filming of Bridgerton across large parts of Bath with the scope of a feature film on the schedule of a television drama.

“It’s testament to their dedication, skill and hard work and that of supporting council teams that the requirements of the production company were successfully fulfilled.

“Bridgerton has enabled more people around the world to see what Bath has to offer and will contribute to attracting more visitors to our World Heritage city.”