A councillor in Peasedown St John has called on Bath & North East Somerset Council to take action over a broken speed reduction device. 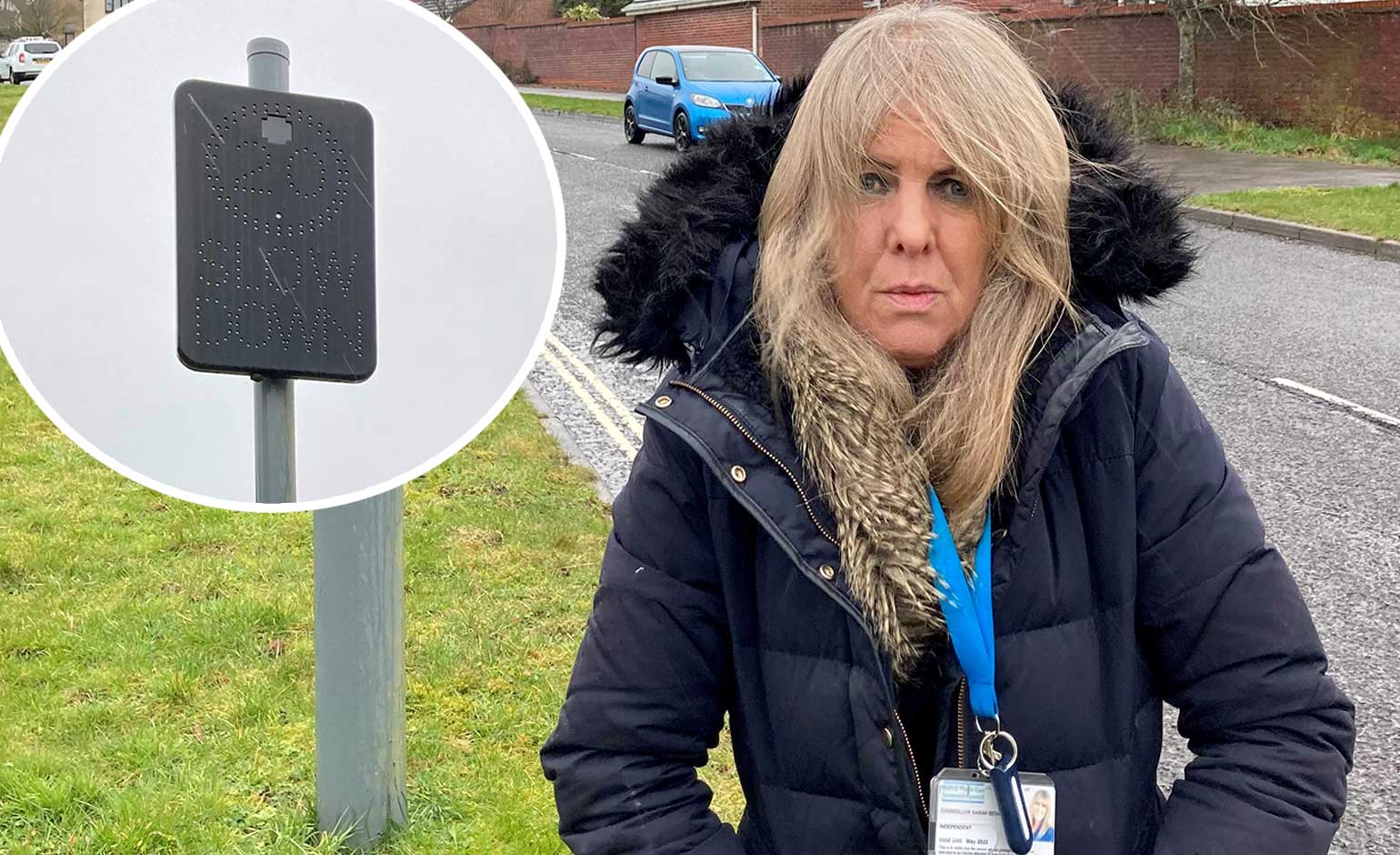 Road safety campaigner Councillor Sarah Bevan, who is well known for her efforts to reduce speed and improve road safety in the village for the last 20 years, is leading the campaign and has said communities such as Peasedown are feeling “neglected”.

Cllr Bevan said: “Back last summer residents wrote to me about the broken 20mph Vehicle Activated Sign near Westbury View in Orchard Way.

“Since 2015, this sign, along with another near Russet Way, has proven to be beneficial in reducing speed and allowing pedestrians to feel safer when crossing the road.”

The sign is believed to have stopped working last year, and despite repeated calls to B&NES Council for it to be fixed, no action has been taken.

“Their current preoccupation with Bath centric projects has left communities outside the city feeling somewhat neglected.

“The location of this particular speed mitigation site affects scores of school children at the start and end of the school day, when buses drop them off here – it’s crucial that driver speeds are 20 mph or lower to keep them safe.”

Cllr Bevan says she has written to the local authority’s Highways Department five times asking for the sign to be repaired or replaced.