The works of award-winning contemporary artists will go under the hammer in Bath at a prestigious fundraising auction in aid of Triumph Over Phobia, a national charity based in the city. 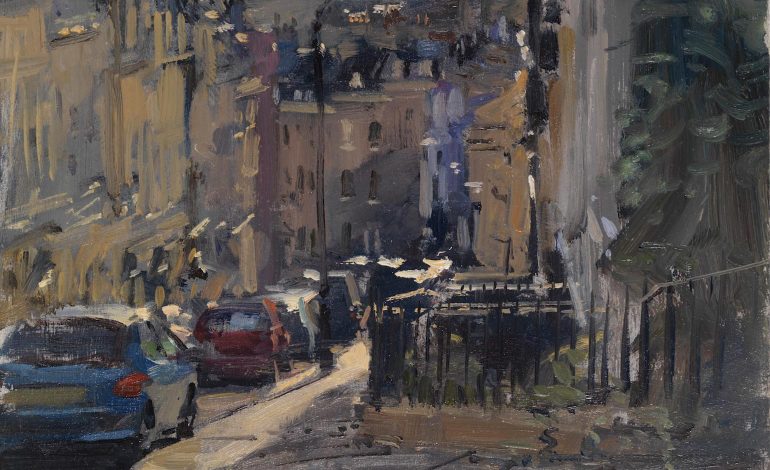 The special event will be held at the Macdonald Bath Spa Hotel on Thursday 29th November thanks to the support of the Bath art gallery, David Simon Contemporary.

The auctioneer will be Freya Mitton, previously Head of Modern British sales at Sotheby’s, London.

The event will start at 7pm with drinks, canapés and a viewing of the lots, with the auction beginning at 7.45pm.

An on-line auction catalogue is available on the TOP website (www.topuk.org) along with details of how to pre-bid for lots.

Tickets for the event, priced at £15 each, will be available on the door on the night but may be reserved by e-mailing auction@topuk.org.

The auction will feature works by around 18 artists, including Peter Brown, popularly known as ‘Pete the Street’ from his practice of working on location in all weathers.

He is best known for his depictions of street scenes and landscapes, especially of Bath, his adopted home city, which can fetch up to five-figure sums.

In 2006, Peter became the first artist-in-residence at the Savoy Hotel, London. In 2008 he won the Prince of Wales Award for Portrait Drawing.

In addition to the paintings, also being auctioned are various objects d’art and a number of non-art lots, including a week in a holiday cottage in Devon, a full-health screening valued at £600, the use of a campervan (for two) for a week, a full day’s sailing in an ocean-going yacht and a bottle of fine wine valued at £300.

As well as bidding for lots at the auction, there are opportunities ranging from £100 to £2,000 for commercial organisations and individuals to sponsor various aspects of the event.

David Simon, the auction curator, opened his David Simon Contemporary gallery in Bristol in 2005 and moved the business to its current location in Bartlett Street in the centre of Bath in 2014.

He has worked closely with many well-known and emerging British artists over the years and enjoys spending time building long-term relationships with the artists he represents.

His gallery, winner of the 2016 ‘Best Independent Retailer in Bath Award’, shows established and emerging British artists with a focus on semi-figurative work, through a programme of monthly exhibitions.

The gallery makes a point of supporting at least one charitable cause each year, usually local to Bath. This year, Triumph Over Phobia (TOP UK) will benefit.