Making recycling compulsory could push some vulnerable people over the edge, a councillor has warned. 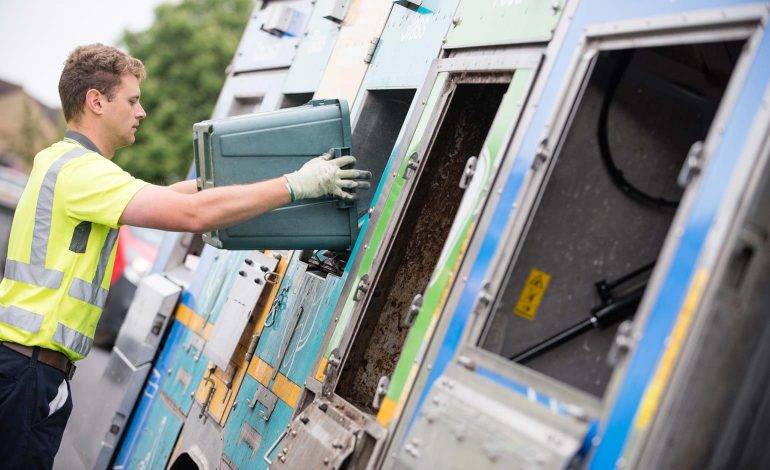 Joel Hirst branded the idea “draconian” and said it would “cause pain” but Bath and North East Somerset Council officers said a financial penalty would only be the last resort.

From September the authority will be able to identify and target anyone who is not playing their part through new technology that is being introduced to recycling trucks.

“We’re going to create some pain and aren’t going to achieve what we’re looking for.

“I’m worried about the vulnerable in our society for whom recycling isn’t top of their list – the elderly or people with mental health issues. This could tip them over the edge.

“I’m really anxious that we haven’t exhausted all the other options before we go to a draconian approach.”

He said the council should engage with people rather than going to a “final solution”.

Compulsory recycling was only mooted as a “talking point” for the meeting. The council would need to consult before any decision is made.

Project manager Pam Jones said B&NES Council is the 18th best authority in England for recycling but it has “run out of things to make ourselves better”.

She said: “It’s difficult to make further improvements. Residents are doing a fantastic job – but around 20 per cent of people do nothing.

“We’ve done an enormous amount of communication. We’re pushed to come up with things that will make a difference.

“Our current recycling rate is 58 per cent, and we estimate that [compulsory recycling] would give us another three per cent. That’s an enormous difference.

“It’s like the climate emergency – this is something we need to do.

“Fining is way down the line. There are many processes before we would even consider going there. We would ensure no one is treated unfairly.”

She added: “From September, in-cab technology will help us to identify properties that aren’t recycling. We will be able to send them specific letters and offer advice and support.”

Cllr Lisa O’Brien said: “Some people are too lazy to recycle. This new technology is good – we’re watching you.”

Cllr Grant Johnson said recycling “absolutely should be compulsory”, adding: “There’s no reason why we shouldn’t be the best authority in the country.”

Cllr David Wood, the cabinet member for waste, said a “huge number” of people do not believe the council actually recycles anything it collects and think it all goes to landfill.

He said he was “cautious” about introducing compulsory recycling and was not convinced the authority had done everything else it could.

“I don’t agree that we need to target the 18 per cent who don’t recycle,” he said. “The easier option is to identify the people who do recycle but don’t recycle food waste. That’s the big thing we can do in the short term.”

Cllr Dr Kumar said some cultures do not waste any food at all.

Cllr Wood agreed and said the council will ask: “Is there a reason why you aren’t using the facilities? In a very large number of cases, there isn’t.”

Compulsory recycling was one idea put forward by officers as part of a review of the council’s waste strategy.

Another was allowing residents to name and shame people who litter. Cllr Karen Walker said it should also apply to recycling crews who spill rubbish across the street.

Cabinet members will consider the waste strategy next month.