Work to repair the historic Cleveland Bridge Toll House has been rescheduled due to cold weather affecting the specialist building materials. 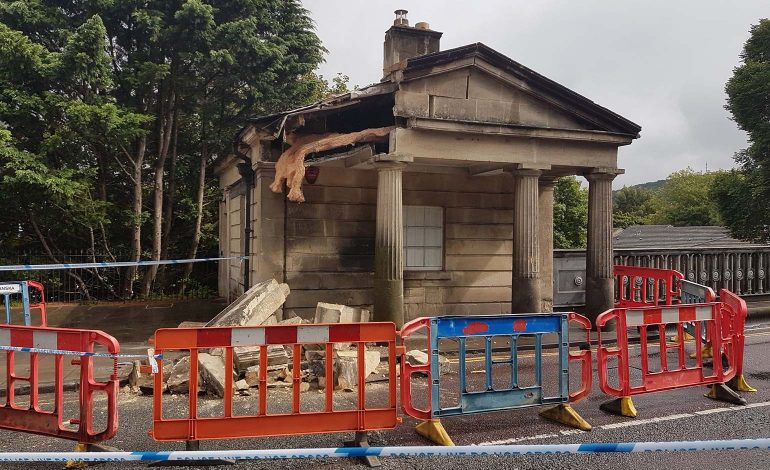 The two-weeks of repair works were due to start today, 5th March, however contractors say the mortar will not set properly in temperatures below five degrees centigrade.

Road users are being advised the works will now start on 19th March for two weeks with manually-controlled two-way traffic signals during the day in order to be as reactive to traffic conditions as possible and minimise delays.

Essential roadworks and improvements are taking place during the next few months in Bath’s A4 London Road and A36 Cleveland Place.

Work started on 19th February, and motorists are being encouraged to plan for longer journey times than usual or use alternative routes.

The London Road/Cleveland Place junction will be resurfaced together with the rebuilding of the Cleveland Bridge toll house, which was damaged in an accident last year.

Gas works are also being carried out at this time to avoid further disruption again later in the year.

Councillor Mark Shelford (Conservative, Lyncombe) cabinet member for Transport and Environment, said: “These are essential works and unfortunately there will be delays for motorists but we ask you to be patient with us while the work is carried out.

“Extended working hours will be in operation in order that the works can be completed as quickly as possible and to minimise disruption.”

The work programme is as follows:

The council’s Variable Message Signs located across various routes into Bath will display the latest information to drivers.