A total of 12 black sacks, metal objects and even a motorbike were all cleared from the canal in Bath during a volunteer clean-up earlier this month by staff at the Southern Co-op. 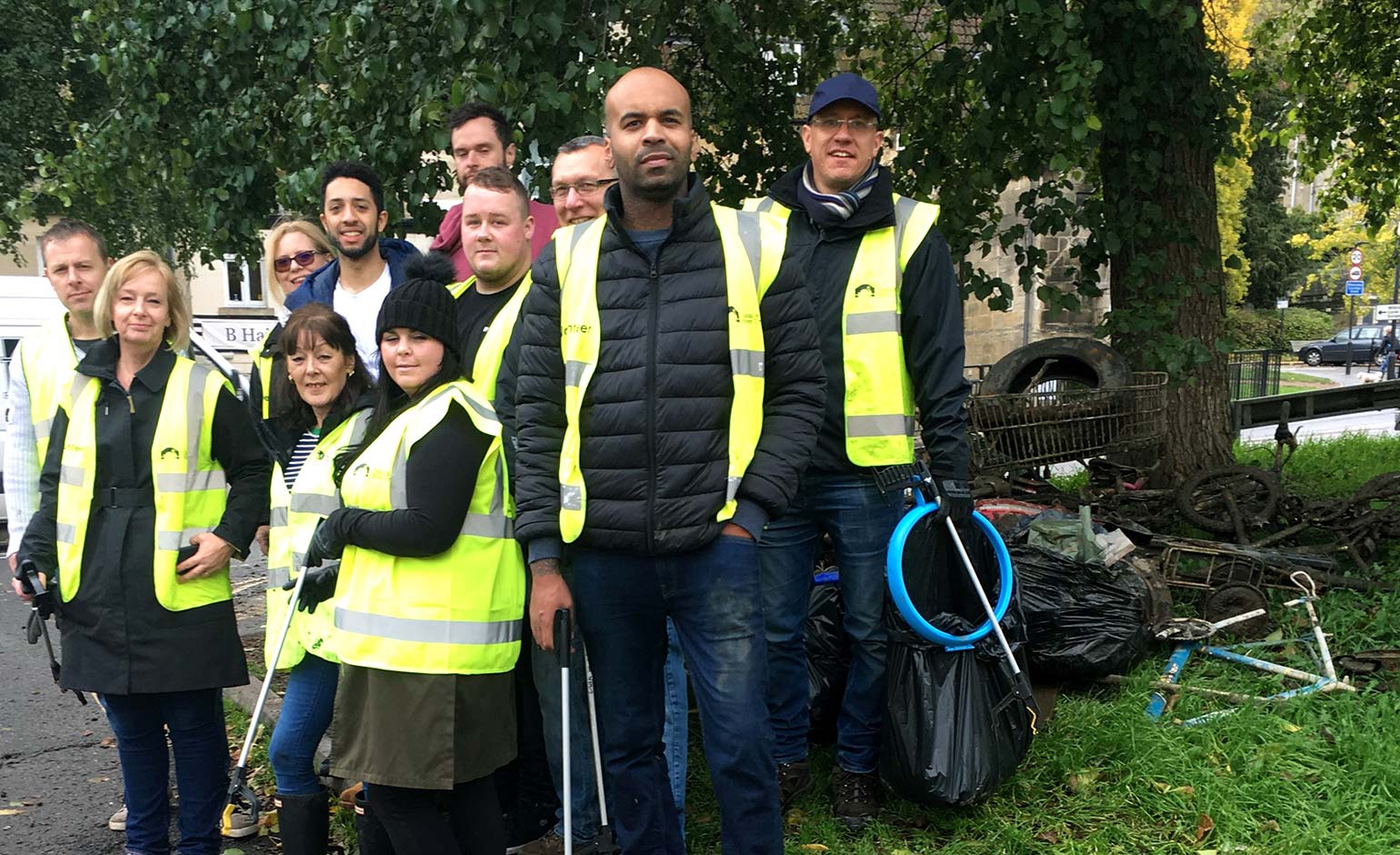 Retail colleagues from Southern Co-op, the regional, independent co-operative, headed down to The Kennet & Avon Canal for a volunteer day on Thursday 8th November.

The day was supported by the Canal & River Trust and was deemed a success as they prevented waste getting into the local waterways.

The idea was originally inspired by a local customer who highlighted the amount of rubbish along side the canal.

Nigel Comer, Southern Co-op’s Area Business Manager, said: “When the customer got in touch, we thought this would be a good opportunity to get involved in.

“Managers at all ten of our local stores got involved and the trust provided litter pickers, bags, gloves and high visibility jackets.

“We also took the opportunity to litter pick up and down Widcombe High Street. We collected around 12 black bags full of rubbish and assisted with getting some larger items off a barge which had been pulled out of the canal the previous day including a motorbike and some other metal items.

“It might not have been the nicest of days but it was definitely a success and we are looking at possibly repeating the clean at some point next year.”

Steve Manzi, Canal & River Trust’s Volunteer Development Co-ordinator, said: “We’re extremely grateful for the work the volunteers did. The Kennet & Avon Canal in Bath is such a wonderful place but as a charity we do rely on people to help us keep it in top condition.

“This is a great example of what can be achieved when people rally together and take pride in their local community. We hope the team got plenty out of it too.

“We know from research that people tend to relax and slow down when they are by water.

“So even though they were working hard we hope they got the benefits of being out in the calming and natural environment the waterways provide.”