A well-used subway which connects Widcombe with the centre of Bath has reopened following an extensive refurbishment by Bath & North East Somerset Council. 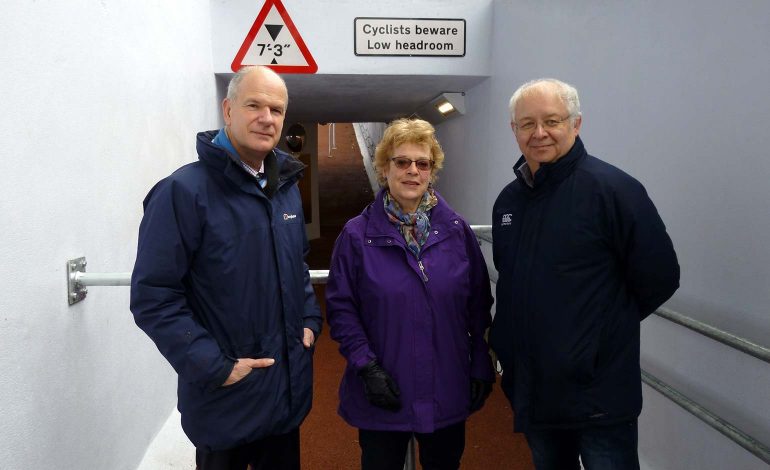 Claverton Street subway, which runs directly underneath the A36 has undergone extensive refurbishment, the first significant overhaul since it opened in the 1960s.

It has led to the introduction of anti-graffiti walls and ceiling, new anti-slip decorative flooring, upgraded lighting and CCTV cameras.

A damaged culvert, which contributed to flooding at times of heavy rainfall has also been repaired.

During the refurbishment, the council worked closely with the Widcombe Association to increase the attractiveness of the facility. 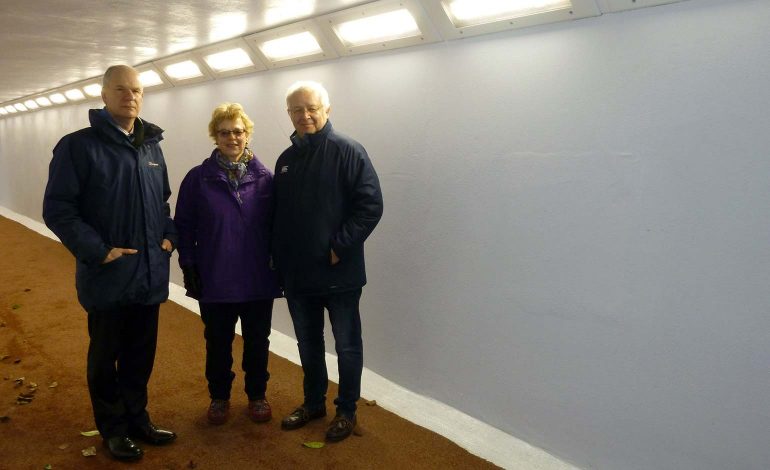 Local residents from the SOS (Sort Our Subway) Group decided on the colour scheme and ideas are currently being sought for artwork that would enhance the subway still further.

Councillor Mark Shelford, cabinet member for Transport and Environment, said: “The original poor condition of the subway has been transformed through these works.

“At times it has proved a challenge, but I am pleased that people will be able to use it to get around when the half marathon takes place on Sunday.”

Helen Peter of the Widcombe Association said: “Allowing residents to provide input into the improvements greatly increases the sense of ownership of the subway as a community resource and we are happy to see our contributions taken on board.

“We are asking people to submit artwork ideas for the subway on the theme of ‘Where the City meets the countryside’. Details are available on the Widcombe Association website.”