The future of Peasedown St John’s youth centre could be secured for another 30 years through a deal with the village church. 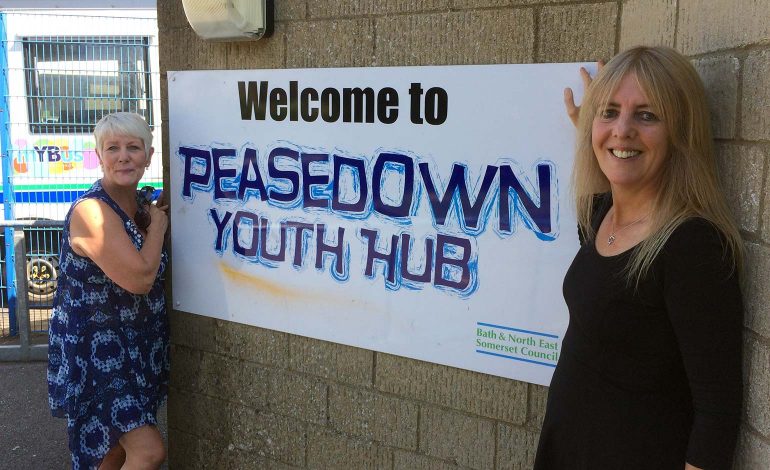 Following budget cuts, Bath and North East Somerset Council has had a major rethink and transferred its youth service to a new independent organisation, Youth Connect.

Leases have already been agreed on Bath’s Riverside and Southside hubs and now Peasedown’s could be taken on by St John’s Church – with the authority waiving rent worth £1.3million over three decades.

A decision is due to be taken later this month.

Council officers said: “With a focus on generating sufficient income to cover all the running costs of The Hive, the church’s promotion of the building will enable the community to benefit from an enhanced programme of activities.

“There will also be opportunity to lease space for a range of activities from children’s parties to developing commercial initiatives (including keep fit and arts activities).

“This will contribute to community wellbeing, the local economy and to addressing crime and anti-social behaviour.

“It is considered that the benefits accrued from the transfer will be in excess of the abated rent.”

The council could get £43,000 a year in rent for the building but looks set to reduce that to nothing to keep the hub open – on condition it opens to 13 to 19-year-olds two evenings a week for 44 weeks of the year.

As part of the 30-year deal, the church will also be required to use the building for educational and recreational purposes to benefit a diverse range of people, and allow the primary school to continue to use the sports hall until it has its own facilities.

It cost the council around £19,000 a year to provide youth services in Peasedown but the church is planning to spend double that to employ two part-time youth workers.

Mentoring Plus is taking on a five-year lease for Riverside, pending a possible eventual asset transfer, and Youth Connect will lease Southside.

Both will have their rent reduced to nothing if they meet the same criteria as St John’s Church.

Councillors Richard Samuel and Kevin Guy are due to make a decision on the Peasedown centre after 29th November.

Youth Connect was a council department but is now a public service mutual run by former council staff after the £1 million was slashed in half.

Speaking at the launch, Mr Guy, the cabinet member for children’s services, said: “This is a new chapter for youth services in Bath and North East Somerset.

“Despite the challenging financial context, the council has preserved this key service and has supported the move to a staff mutual.

“A great deal of work and much consultation has happened to get us to this new beginning for a valued service which has the best interests of young people at its heart.

“Today’s launch means young people in our area will still have use of the Riverside hub, in London Road, Southside hub in Kelston View and the hub in Peasedown St John, and there will be additional support for those who need it.”