Two of the country’s most celebrated chefs are joining forces to cook and host a special dinner for diners in Bath at the end of the month. 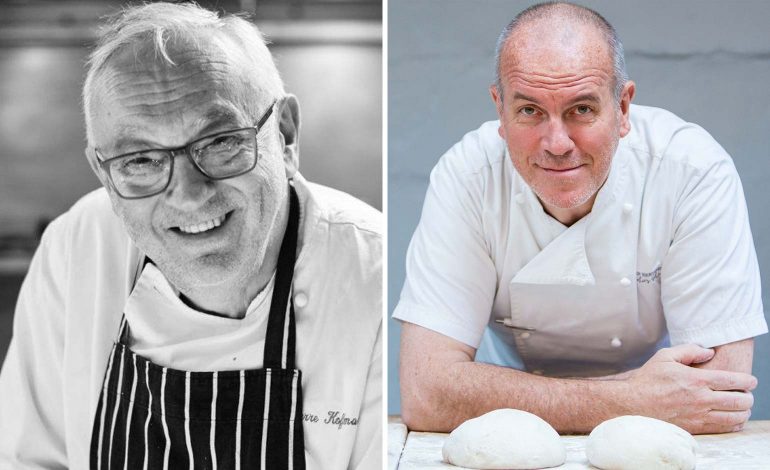 Richard Bertinet and Pierre Koffmann are bringing together their culinary skills to host an evening which will include a three-course meal showcasing their favourite dishes.

Taking place at Koffmann and Mr White’s at The Abbey Hotel in Bath on 30th October, the meal will be followed by a candid talk between the two critically acclaimed legends of cooking and bakery.

Josh Watts, General Manager said: “This will be a great evening for food enthusiasts. Pierre in particular often opts to remain in the kitchen and leave the front of house to the restaurant team, so it will be fascinating to hear his talk.

“To have a three-course menu cooked collaboratively by two of the country’s greatest chefs is arguably enough in its own right but with Richard leading the questions, it’s set to be an amazing experience for everyone who is there.”

“Richard is very charismatic and gets on famously with Pierre so will make it a very interactive and fun evening for all which will include stories about their rise to fame, cooking, and running restaurants.”

Tickets for the event cost £65 per person, including a glass of fizz on arrival, three-course meal and half a bottle of wine.

To book a place, call 01225 461603, email [email protected] or book online at https://www.abbeyhotelbath.co.uk/offer/dinner-with-pierre-koffmann-richard-bertinet/.