As lockdown eases, the Royal National Institute of Blind People (RNIB) is warning that the independence of blind and partially sighted people across the South West is increasingly under threat. 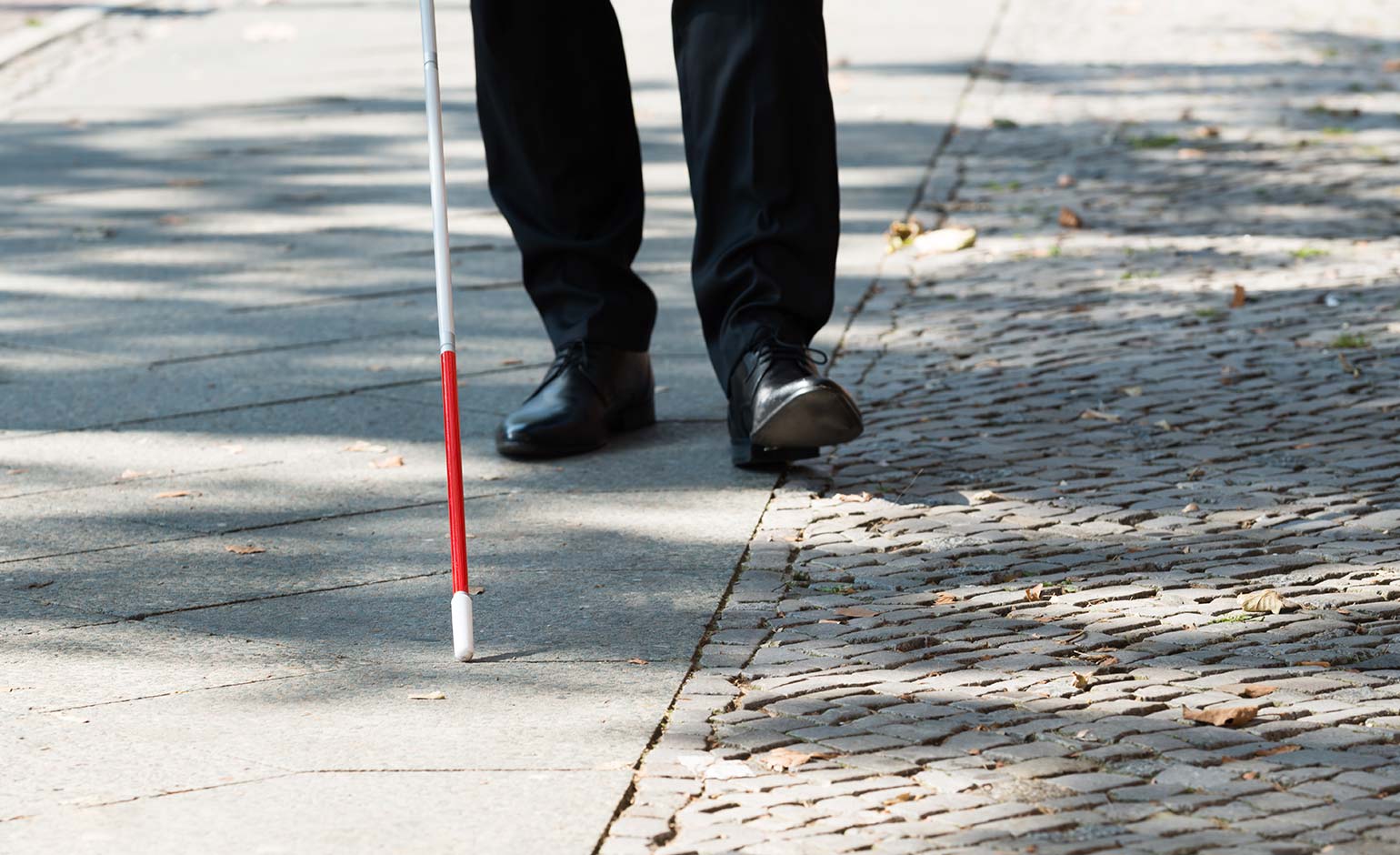 Social distancing, which relies heavily on sight, has made it nearly impossible for people with vision impairment to navigate safely and independently in a world turned ‘upside down’ by measures and rules that are often inaccessible.

In response, RNIB has launched a campaign, calling for people to be aware, think about the challenges blind and partially sighted people face and make small changes to keep everyone safe.

Eleanor Southwood, Chair of Trustees at RNIB, said: “Blind and partially sighted people like me are used to navigating a world not designed with us in mind, but social distancing has really turned our world upside down.

“A lot of the strategies and tools we use to get around safely – like being guided – are not allowed under current rules, and many have been left stranded.

“We’ve heard from many blind and partially sighted people who are incredibly anxious about how to manage the situation, and we’re concerned that this will have a real impact on people’s quality of life.

“The ‘new normal’ risks causing a double lockdown for people with sight loss. This is not fair or acceptable.

“We’re asking the general public to help us safely social distance whilst getting on with life. By being aware of the challenges we might face, and simply asking if assistance is needed, you can help us keep our independence and stay safe.

“We also want the Government and businesses to take action, so that measures designed to protect us are inclusive to everyone, not just to those who can see them.”

There are 215,000 people living with sight loss in the South West, many of whom trust in others to help them social distance effectively by moving away.

However, in an RNIB poll of the general public, just under half (47 per cent) of people in the South West admitted to breaking social distancing rules.

The charity has also heard from many blind and partially sighted people who say that difficulties with social distancing have negatively impacted their lives.

In an RNIB survey of people with sight loss, two thirds (66 per cent) of people said they feel less independent now than before lockdown, and four in five (80 per cent) said the way they shop has changed, with half as many continuing to shop independently.

“Just being aware of the people around you and offering to help can have a positive impact and help build someone’s confidence, rather than damage it.”