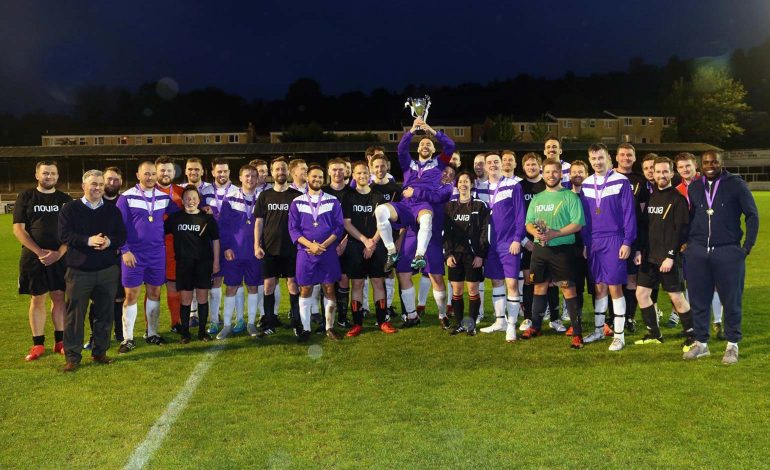 Staff from Royal London in Bath battled it out with players from local wealth management firm Novia Financial in aid of the charity, which provides essential equipment for cancer patients at Bath’s Royal United Hospital.

Despite strong winds and rain, the players were cheered on by a lively crowd of around 80 supporters who included fellow staff and friends.

Man of the match was Royal London’s top scorer Ben Hatton who, during one of his goal celebrations, joined the stands to encourage the applause from supporters.

As well as donations made during the game, there were also bucket collections at Royal London and Novia’s Bath offices in the run-up to the match. A total amount of £169.33 was raised for the BCUSG.

The charity is looking to find £369,822 to fund an out-of-hours helpline for chemotherapy outpatients, equipment to target radiotherapy more accurately and funds to upgrade a solid-state gamma camera, which will provide better images for cancer diagnosis.

The charity match trophy and medals were presented by Alan Webb who is head of fundraising at the BCUSG.

“We would like to thank the players from Royal London and Novia and their supporters for organising this friendly charity match,” he said.

“The money they have raised will help to improve outcomes for local cancer patients at the RUH.

“We would also like to thank Royal London’s staff in Bath for making us their official charity and for their impressive fundraising efforts during the last couple of years.

“We are currently seeking new business sponsors so that we can continue to raise money to pay for essential equipment that’s not provided by the NHS.”