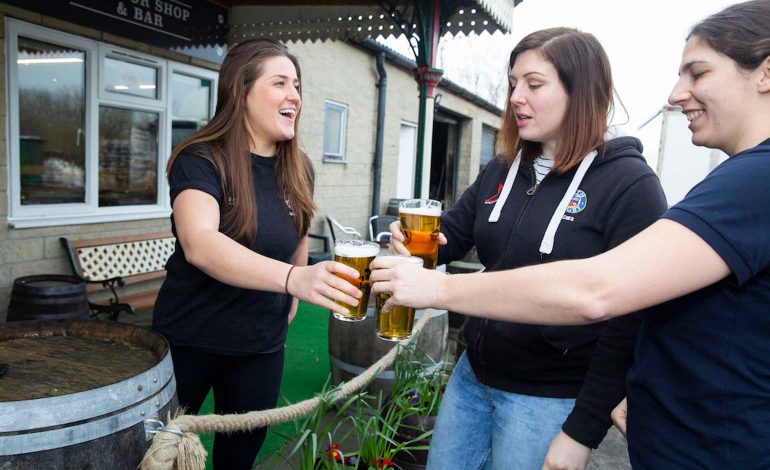 The Wiltshire brewery’s fruity and bittersweet Piston Broke is the club’s official beer, and a popular pint at the Pulteney Arms in Bath, where the players enjoy a post match drink.

Bath player Sarah Burgess said: “We’ve had a fun and fascinating time being shown the ropes and finding out much more about the beer making process.

“The art of brewing is quite a physical thing – helpfully doubling up as training for the weekend and of course, the celebrations afterwards!”

In the Sunday that followed, Burgess scored a try in the team’s victorious match against Gordano Ladies, resulting in a 53-0 win which put Bath Rugby Ladies through to the Somerset Cup final for a third year running. 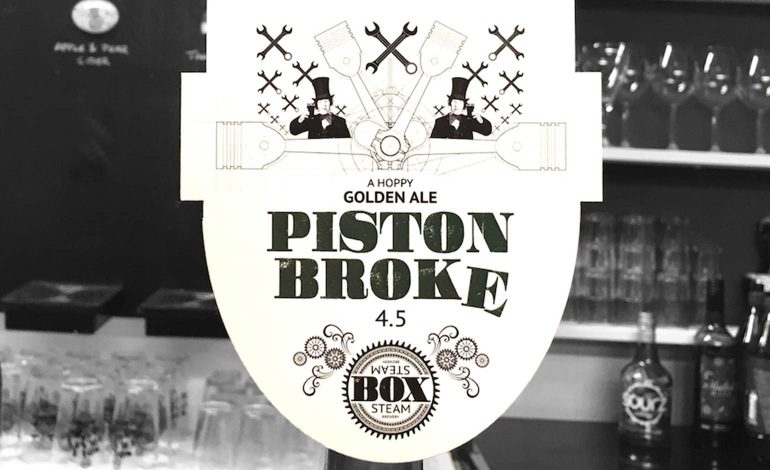 Andy Roberts, managing director of Box Steam Brewery added: “What better way to celebrate our mutual success and 15-year anniversaries than over the making of great beer!

“We’ve supported this fantastic team for a few years now and we’ve really enjoyed watching them go from strength to strength.

“We’d like to lay claim to our regional beer playing a part in Bath Ladies’ success – but as it has helped our brewers to win a tug of war against them, I may need to tread carefully!”

To celebrate their brewing success, Bath Rugby Ladies enjoyed a pint of their usual in the bar of Box Steam newly refurbished tap room, to kick off the brewery’s new monthly Firsty Friday afternoons – a chance for fans of the beer to go and try new brews, and old favourites, direct from the brewery.